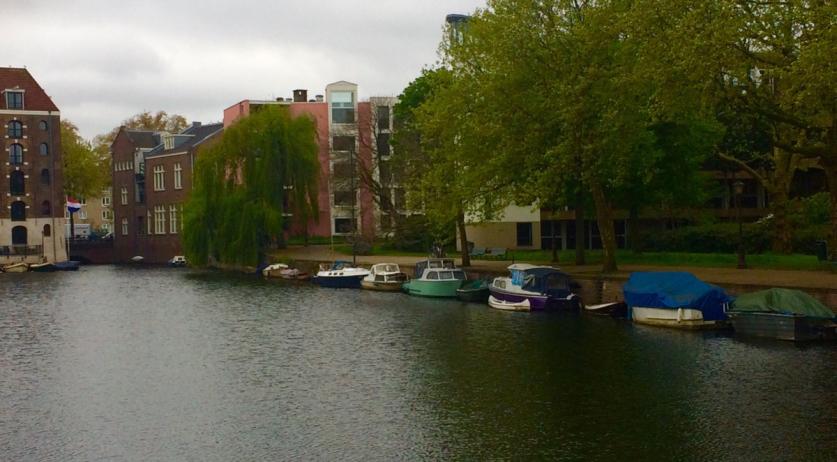 A quiet morning on the Kattenburgervaart in Amsterdam. 5 May 2017 Photo: Zachary Newmark / NL Times
Nature
Liberation Day
weerplaza
weather
Friday, May 5, 2017 - 09:35
Share this:

The Netherlands can expect a cool, cloudy but mostly dry Liberation Day today, according to Weerplaza. Afternoon temperatures will range between 11 and 14 degrees Celsius. This weekend the cloudy weather will give way for more sunshine and warmer air streaming into the country will increase maximum temperatures to between 15 an 20 degrees.

Friday will be cool and cloudy, with the northern parts of the country experiencing the worst of the weather. Liberation Day festivals in Groningen, Friesland and Drenthe may be hit by some rain, but the others in the rest of the country should remain dry.

During the course of Saturday the sun will break through the cloud cover in more and more places across the country. A number of places in the southeast of the Netherlands may even see afternoon temperatures around 20 degrees. The coastal areas will have less sunshine, but still warm temps of between 15 and 17 degrees.

On Sunday a northern wind will start cooling down the atmosphere again, but occasional sunshine still leads Weerplaza to expect afternoon temperatures between 14 and 17 degrees.