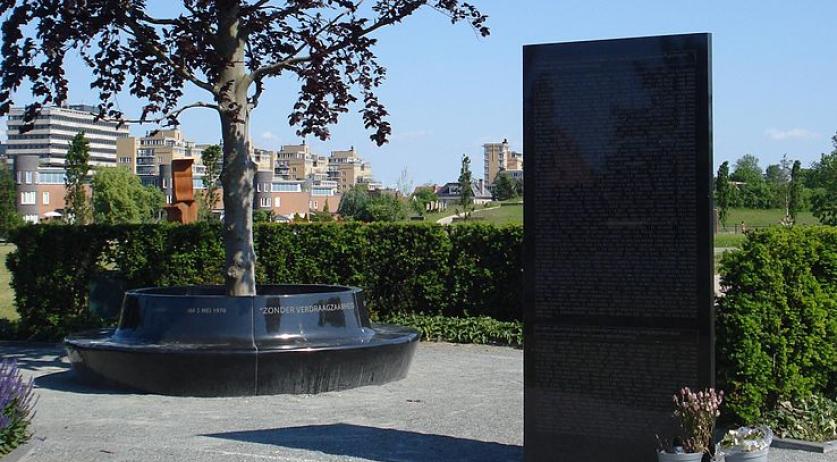 The names of three SS Nazi volunteers were found on the Dutch WWII memorial for Resistance fighters and Jewish war victims, among others, in Leidschendam-Voorburg. The names were discovered during intensive research by the local Historical Society, AD reports.

The thee names - J.H.P. van As, P.L. van Iren and j. Grondel - as well as that of a smuggler will be removed from the monument in Park Sijtwende before the annual commemoration on May 4th.

According to Hubert Berkhout, of the institute for war, Holocaust and genocide studies NIOD, this is the first time he is encountering four "wrong" names such a recent memorial - it was built 10 years ago. "It does happen on monuments erected immediately after the war, when not much information was available', he said to AD. A recent case involves the name of a Nazi photographer being removed from the Hollandse Schouwburg - the Jewish memorial in Amsterdam. "But at the very least it is careless that apparently no good research was done on the establishment of Leidschendam-Voorburg. Even when giving street names we advise municipalities: check with the National Archives whether there is a file about someone."

When the monument was erected, the creators used the municipal population register from the war. They checked for names of people from Leidschendam and Voorburg who died in the war, but did not check their affiliation or how they died, according to the newspaper.

Klaas Tigelaar, mayor of Leidschendam-Voorburg, does not see the discovery of the Nazi names as a scandal, but as an opportunity to improve the monument. "The foundation had to work on the basis of data from the old population register. That is an extremely difficult task." he said to the newspaper. He added that he openly acknowledges the mistake so that on May 4th "the people who fought for our freedom can be commemorated in peace and honor."

Tigelaar added that he was not shocked by the discovery and that he is not at all concerned that it will overshadow the commemoration.