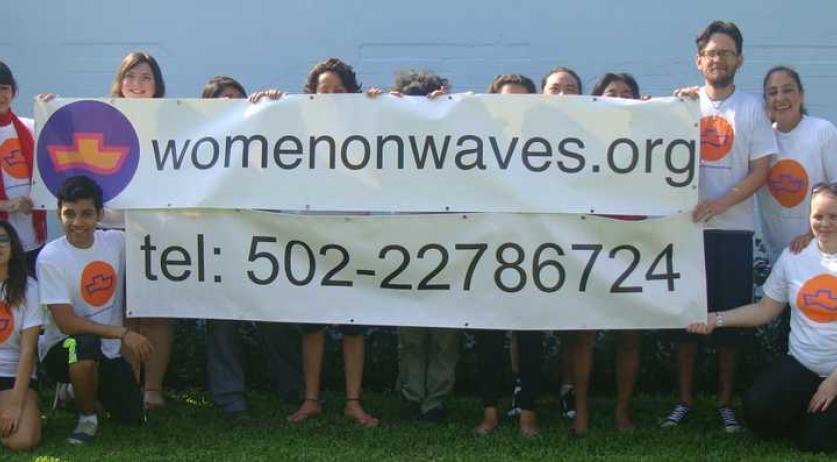 The navy blocked access to the ship prior to a Women on Waves press conference in the Port of San Jose, according to the newspaper. According to a statement by the navy, Women on Waves is acting contrary to the country's laws on the "right to live".

Rebecca Gomperts, founder of Women on Waves, writes on Twitter that the navy's actions are in violation of the law, because all of the organization's papers to enter the country are in order.

The ship is now in military custody. There are six women on board that work for the organization, including one Dutch, Women on Waves said on their website.

Guatemala is the abortion ship's first destination since it moored in the marina of the northern Moroccan tourist town of Smir in 2012. The ship's arrival in Guatemala was met with protests. "Why don't you go to the Netherlands to murder children", one person shouted, according to Rueters.

Women on Waves decided on Guatemala for their destination because, according to them, 65 thousand illegal abortions happen in the country each year. On the ship women that are 10 weeks pregnant or less and want an abortion, are given an abortion pill. They then stay on the ship for a few hours, under the supervision of doctors.

In 2015 Women on Waves also delivered abortion pills to Poland by drone.

Here we have all required licenses to enter, stay and sail in Guatemala. Detainment of the abortion ship is a violation! pic.twitter.com/1JPHARCV5f