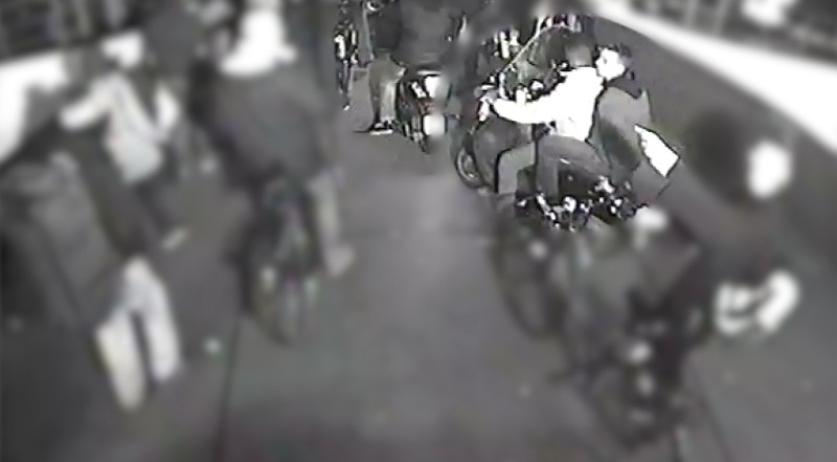 The police released surveillance camera footage of a gay couple being assaulted on the Ruijterkade in Amsterdam in October last year. Investigators hope that information from the public may lead to the perpetrators being arrested, they said on Opsporing Verzocht on Tuesday.

The attack happened during the early hours of Sunday morning, October 16th. The couple, who had just gotten off the ferry between Amsterdam-Noord and Amsterdam Central Station, was attacked by three young men on scooters. It is believe that the couple, 55 and 51 years old, were targeted because of their sexual orientation.

The video footage shows the young men blocking the couple's way with their scooters. The couple ended up on the ground and were beaten and kicked. The police stopped the video there, as the rest of the assault is too shocking. Some students intervened and chased the attackers away. One of the victims spent a long time in hospital after the attack.

Along with the video footage, the police also released an image clearly showing one of the culprits on the back of a scooter. The police call on anyone who recognizes this young man to come forward.