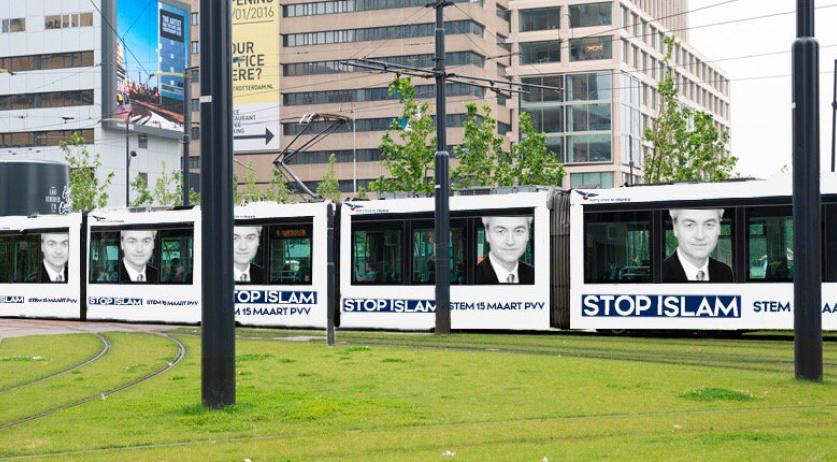 On Thursday morning Wilders posted a photo of the tram wraps on Twitter saying that he offered it to the RET. The wraps show a photo of Wilders and the slogan "Stop Islam".

RET says that the advertising agency that handles advertising on Rotterdam trams approached the company with the tram wrap, and RET rejected it. If the agency is in doubt about an ad, it always asks the RET before making a decision, the spokesperson said.

Approached Rotterdam municipal tramways with offer to buy ads on their trams. Hopefully soon to be seen on the rails! pic.twitter.com/JnfJj601NV