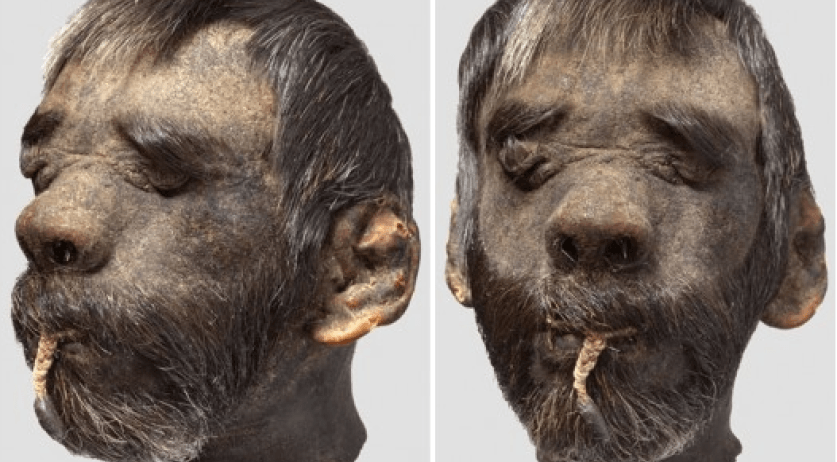 The Museumwinkel in Nijmegen is selling its human shrunken human head. It is listed on their website for 49 thousand euros. 'Henk', as he was named, could look good on a mantlepiece, the windowsill or even on the toilet, taxidermist Sophie Kiela said to NOS.

Henk is about 10 centimeters big and about 150 years old. He has a full head of hair and a beard. He comes from the Amazon area and was made by the Jivaro natives who used it as a trophy. The Jivaro cut off the heads of their enemies, removed the skulls and then heated the head to shrink it. A stone was put in the skin so that the head retains it original shape. The Jivaro then carried the heads on their belts.

Kiela believes that Henk was a European looking for the mythical El Dorado gold country, she said to NOS. "He ran into the wrong people, I think." Henk is a real shrunken head, not a fake copy. "You can see that by how his hair grows. On fake heads the hair grows in one direction. On Henk it grows in all directions, He even has a crown."

For the price he is going for, Kiela expects that Henk will end up with a collector. "It would be a sin if someone destroys him, but I won't even think about that." She adds that the new owner can definitely rename Henk. "He is called that because he looks like my father. His name is also Henk."