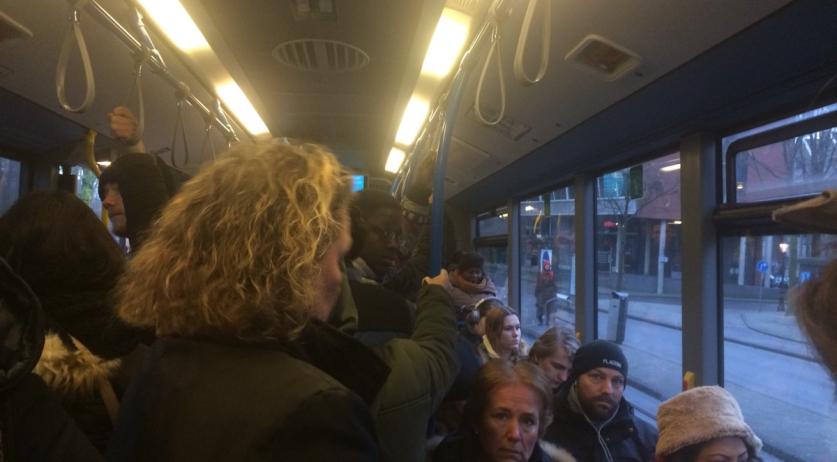 Problems and delays with train traffic across the Netherlands are expected to last the rest of the day, NS warns. The problems were caused by a massive power outage in Amsterdam and surrounds this morning. Power has largely been restored, but it will take time to get the trains running according to schedule, NOS reports.

Rail travelers are still advised to avoid going to Amsterdam, Utrecht, Schiphol and Lelystad by train if at all possible. Almost no trains are traveling towards those station as not all switches and signals are operational again. The train schedule in the rest of the country is also affected. "There is no train in the right place, almost no driver or conductor is in the right place", an overwhelmed Erik Kroeze, spokesperson for NS, said to broadcaster NOS. "We are now trying with man and might to get material and personnel in the right place, but the hindrance will remain large, also the rest of the day."

In Amsterdam itself all trams, subways, buses and ferries are traveling again, according to municipal transport company GVB. Though there are still delays. Some of the systems and turnstiles are still struggling under the effect of the power failure. GVB is working to solve all these problems, and where they persist the turnstiles were left open. Travelers who can't check out can report to customer care to make sure they aren't overcharged.

This morning Rijkswaterstaat warned that an extremely tough rush hour was expected, though it turned out to be better than thought. There were problems in the northern parts of Amsterdam because the rush hour lanes on the A7 and A8 could not be opened. The sign boards above the roads also did not work, which caused some problems, especially on the A7.

The power outage affected more than just the traffic. Hospitals in Amsterdam also had to make special arrangements. For example MC Slotervaart decided that no surgeries will be done today and its clinics will only open at noon. Patients needing emergency surgery are taken to other hospitals by ambulance.

The Amsterdam court announced that all trials and hearings will continue as scheduled today as far as is possible. But there may be some delays.

And some 20 thousand households in Amsterdam northwest that are connected to district heating, had their heat cut out due to the power outage. Nuon since managed to get the heat back on in Noord, Zeeburg and Houthavens. The other affected homes will have heat again as soon as the company can manage it.