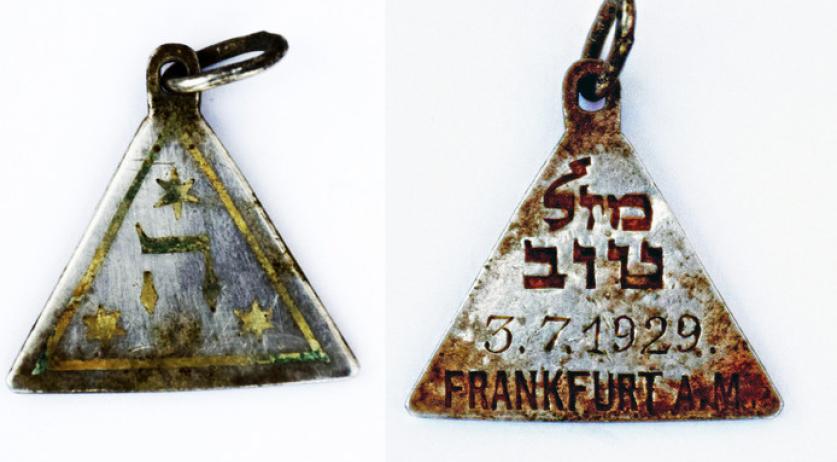 Archeologists digging at former Nazi concentration camp Sobibor in western Poland found a pendant that may link a German girl to holocaust victim Anne Frank. The pendant contains a date of birth, a place of birth and on the other side the Jewish greeting Mazal Tov. Anne Frank owned an almost identical pendant., according to Yad Vashem - the institute investigating the Holocaust.

The pendant found states that its owner was born on 3 July 1929 in Frankfurt. Yad Vashem managed to trace it to its owner - Karoline Cohn from Frankfurt. The girl was deported to a ghetto in Minsk in 1941 and then to Sobibor, where she died in September 1943. A search for the girl's family led the investigators to Anne Frank's almost identical pendant.

Anne Frank's pendant also states a date of birth, 12 June 1929, a place of birth, Frankfurt and the greeting Mazel Tov. The investigators are currently trying to find a link between the two girls and how their families may be related.

The pendant was one of several personal items found in excavations on the so-called Path to Heaven, the route Jewish people walked to their death. According to Yad Vashem, the pendant was found on what is believed to be the location where the victims undressed and had their heads shaved before being sent into gas chambers. Among the personal items found were a Star of David necklace, a metal charm with an etching of Moses holding the ten commandments and a woman's watch.

"These recent findings from the excavations at Sobibor constitute an important contribution to the documentation and commemoration of the Holocaust, and help us to better understand what happened at Sobibor, both in terms of the camp's function and also from the point of view of the victims",  according to professor Havi Dreifuss, head of the Center for the Research on the Holocaust in Poland at yad Vashem, said.

Yoram Haimi, archeologist at Israel Antiquities Authority, added: "The significance of the research and findings at Sobibor grows with every passing season of excavation. Every time we dig, we reveal another part of the camp, find more personal items, and expand our knowledge about the camp. In spite of attempts by the Nazis and their collaborators to erase traces of their crimes, as well as the effects of forestation and time, we enhance our understanding of the history previously known to us only through survivor testimonies."