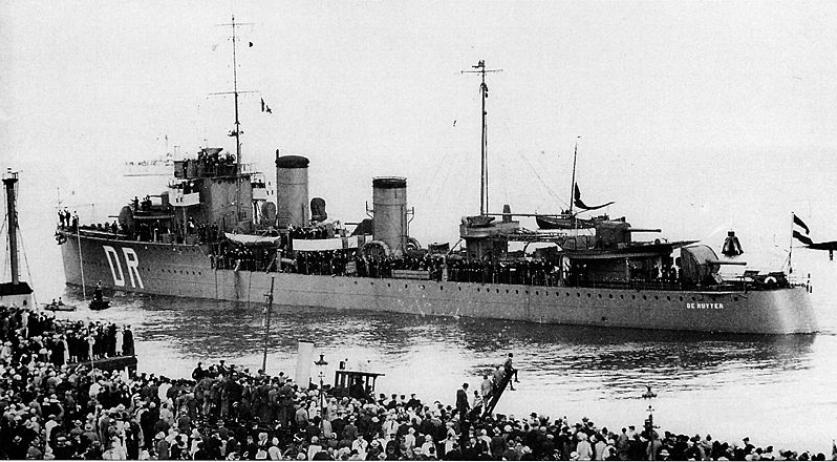 The missing Dutch warships that disappeared from the bottom of the Java Sea may have been sold as scrap metal by Asian salvage companies, maritime historian Jaap Anten said in Het Oog Op Moorgen.

The ships involved are Hr. Ms. De Ruyter and Hr. Ms. Java and a large part of Hr. Ms Kortenaer. With them disappeared the war graves of over 900 Dutch soldiers and some 250 Indonesian soldiers who fought in the Battle of the Java Sea in February 1942. All three ships sunk in that battle.

The ships are over 160 meters in length and are too large to just disappear, according to Anten. "I think that salvage companies are behind it. There is a shortage of steel. Wrecks are broken down with a gripper. Part of the ships are brought up in this way." he said, accordiing to NOS. According to Anten, this happened with the O16 - a Dutc submarine that sank at a Japanese mine in 1941. "That boat was mostly damaged by a salvage company. There is also a photo of it. On it you see a large gripper on a barge."

The Dutch government is demanding a full investigation into the missing wrecks. One of the people on board the ships was  Rear-Admiral Karel Doorman. His son Theo called the disappearance of the ship a sad thing to NOS. "The violation of a watery grave, a war grave, you just don't do it."