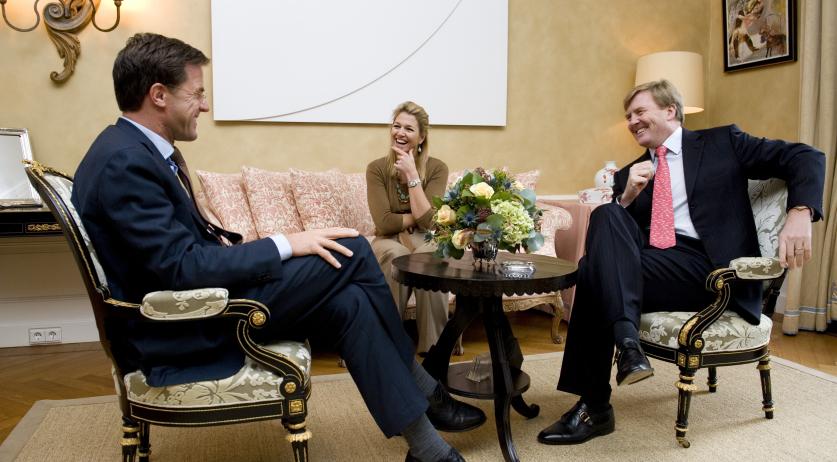 A number of parties in the Tweede Kamer - the lower house of Dutch parliament - criticized Prime Minister Mark Rutte for the "vague" manner in which he handles files on the Royal family. According to the parties, Rutte was not transparent in his information and a series of incidents invovling the royals is bad for support of the monarchy, NU.nl reports.

The parties point to an alleged tax deal in which the Royal family is compensated for the taxes they pay, controversial sales of art, high maintenance costs of the Golden Carriage and the Groene Draeck and a high allowance crown princess Amalia will receive when she turns 18.

D66 leader Alexander Pechtold accused Rutte of maing the King unnecessarily vulnerable by not being open, fair and transparent" about the Royals.

"There's always fuss about the monarchy. The Prime Minister creates a fog", SP parliamentarian Ronald van Raak said, according to NU. "A monarchy in a democracy is only possible if a serious debate about the costs thereof can be held in parliament."

"It all to often happened that discussions about the cost of the royal family were fueled by negligence and carelessness of the prime minister", CDA parliamentarian Mustafa Amhaouch said.

The tax deal formed a big part of the debate, according to NU. RTL Nieuws found documents in the National Archive that suggests that the head of state receives compensation for taxes he or she has to pay on their private assets. According to RTL, this deal was implemented in the 70's and is still in effect today.

Rutte stated, however, that he could find no evidence that the King is having his taxes refunded. But that does not mean such a deal is not in place. Rutte announced that there will be a full investigation into the way the Royal house's finances are organized.

The SP and D66 were not satisfied with this response. Van Raak accused the Prime Minister of trying to delay the process to win time for the elections, while such an investigatioin does not have to take long. Pechtold also thinks that such a broad investigation will take unnecessarily long. He called for the Court of Audit - the independent supervisor on public expenditure - to be called in.

The PvdA is not yet decided on how to best perform this investigation. But the party does think that a quick end must be made to possible tax exemptions for the King. "In a modern monarchy exceptions simply do not fit", PvdA MP Jeroen Recourt said to NOS before the debate. He is considering a legislative amendment that will change this. "And even if it takes a long time, every few years the Constitution can be changed."

Another point of concern for the parliamentarians is the income Princess Amalia will receive from her 18th birthday. According to NOS it involves over a quarter of a million euros plus 1.2 million euros for personnel and material expenses. A number of parties, including the VVD, think that a much too high amount for a student. Accordint to NU.nl, a majority in parliament supports lowering the amount.