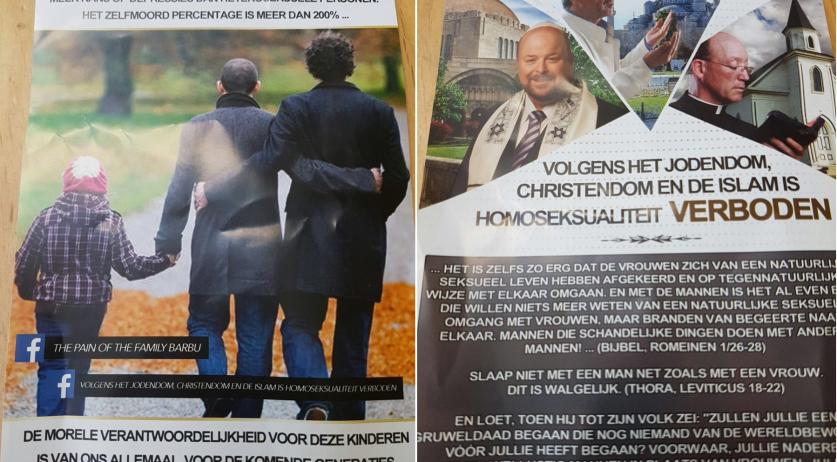 Homophobic flyers left in postboxes in Amsterdam-West in Nieuw-West over the weekend were spread by followers of controversial Turkish preacher Harun Yahya, the Volkskrant concludes based on its own research. The newspaper looked at the people who like the Facebook page mentioned on the flyer. The majority of them are people who openly support the Turkish preacher and writer, according to the newspaper. The Amsterdam police are still investigating the flyers and would not respond on the Volkskrant's theory. The people who like the Facebook page also refuse to respond to the newspaper's request for a further explanation. Harun Yahya is a pseudonym for Adnan Oktar. He wrote numerous books, the first published in the 80's, on politics and religion and also has his own religious channel. Some of Yahya's more well-known claims include that the theory of evolution is a "false ideology" and that the Holocaust and 9/11 are "conspiracies of the Darwinists". He also condemns homosexuality. In 2008 Yahya was convicted in Turkey for leading a criminal organizations. He was found guilty of recruiting members to his movement under false pretenses and then taking their money.