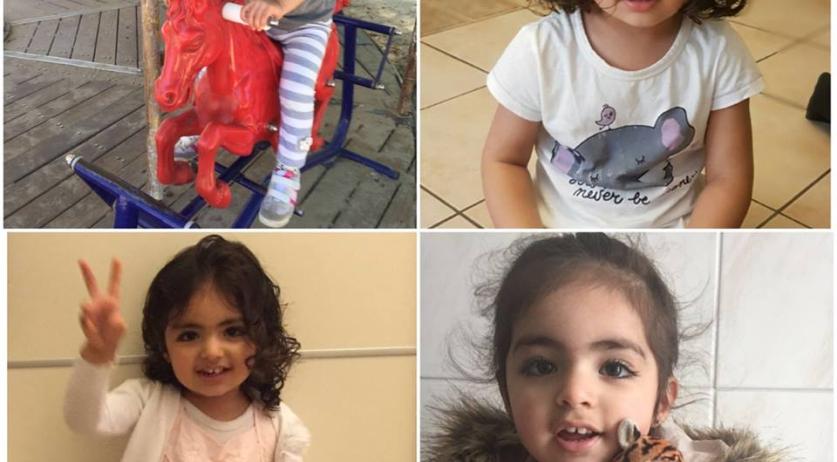 Nadia Rashid found GPS trackers under her car on six separate occasions in the months before her 2-year-old daughter Insiya was kidnapped from their home in Amsterdam. On television program Pauw on Wednesday Rashid spoke openly about her relationship with Shehzad Hemani, Insiya's father and the one believed to be behind her kidnapping, NOS reports.  Little Insiya was kidnapped from her mother's apartment in Amsterdam by three men two weeks ago. A bystander managed to overpower and hold one of the kidnappers until the police arrived and arrested him. A second kidnapper turned himself in at a police station. The police believe that Shehzad Hemani is responsible for the kidnapping and that he took his 2-year-old daughter abroad. According to Rashid, her relationship with Hemani started out well. "In the beginning it was very nice. He was attentive, sweet, and he took good care of me. But once we were married, it all turned around", she said. "He became very strict. I could not have any friends and was not allowed to go anywhere without him knowing. That was not acceptable to me." Things got worse when Rashid filed for divorce. "He thinks he is above everything and everyone. I think he sees himself as a semi-god that is above the law. For him it was unacceptable that a woman can say: now it's over." Hemani threatened to destroy her until she wanted to kill herself, threatened to kill her, sued her and threatened to take Insiya away. "At one point he said: I'm sending my Russian friends to kill you. He said that casually with Insiya sitting on his lap. For me that was the last straw: I grabbed Insiya and ran tot he police station." Rashid believes that Hemani tried to abduct Insiya in January. "I was followed and got messages about where I was", she said. It was not clear who was sending the messages, but she believes it was Hemani. "When we tried to figure out how he knew where I was, it turned out that there was a GPS tracker under my car." Since January, she's found six GPS trackers under her car. Insiya was kidnapped from Rashid's apartment in Amsterdam on September 29th. About 15 minutes after Rashid left for work at 7:55 a.m. her phone rang. "I heard a lot of screaming. My mother fainted." Rashid called the police and rushed home. She found her mother and her sister at her apartment, and a pool of blood. "She was gone." Rashid doesn't know where her daughter is, or whether she's even still in the Netherlands. "I hope that he did not get far. I hope that he understands that what he did is wrong, but I don't think he can see that. He does not have that ability. But Insiya does not deserve this. He can not take care of her."