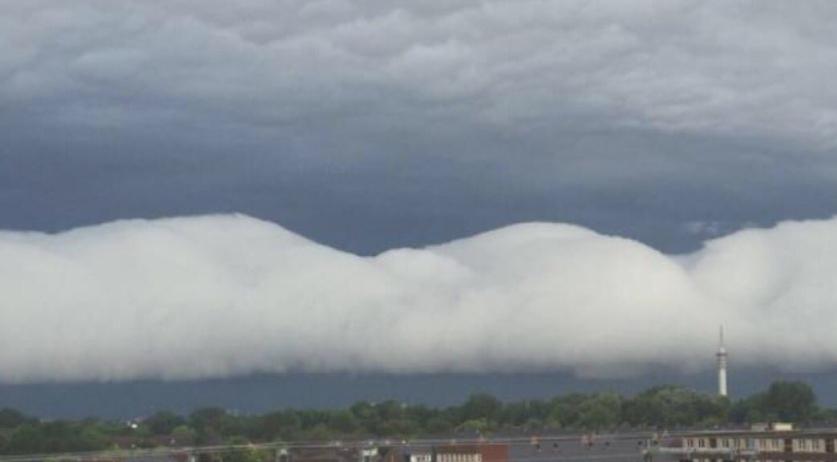 Randstad faced with about €20 mil. in storm damage

Storms that started in the Randstad during the early morning hours of Thursday caused around 20 million euros worth of damage, according to the first estimation by the Dutch Association of Insurers. Damage includes for example water damage due to flooding and fallen trees, ANP reports. Plumbers in the Randstad have their hands full. "They are very busy with leaks, flooded basements and toilets with water bubbling up", a spokesperson for the industry association Uneto-VNI said to the news wire. There is also a lot of trouble with tiled gardens flooding. "Now that the KNMI predicts that we will get more of this kind of weather in the future, individuals can take steps themselves to prevent flooding in their house", the spokesperson added. The Uneto-VNI spokesperson advises people to make sure their gutters and downspouts are clean and to have some green in their gardens so that water can sink into the ground instead of flooding into the house. This morning's storms caused a lot of problems in the west of the country, particularly in Zuid-Holland, The Hague and Rotterdam. Most reports of flooding came from The Hague, according to Alarmeringen.nl. A total of 69 flooding reports were received from The Hague over night. The number may be higher, as in peak periods firefighters stop giving reports through and just respond to the next location. Rotterdam had 47 reports of flooding, Bussum had 15 and Amsterdam 13.

https://twitter.com/Mark_Goedhart/status/745845473567772672 A massive 70 beach cabins were destroyed by a whirlwind on the beach in Oostkapelle, Zeeland. Virtually nothing is left of the structures, landlord Stichting Strandexploitatie Veerle said to Omroep Zeeland. Employees are busy informing the renters.

Another whirlwind caused a massive amount of damage in Breukelen this morning. Dozens of trees were blown down or broken by the wind, some landing on houses.

The stormy weather is not over yet. A code orange weather warning is currently in effect for Zuid-Holland, Noord-Holland and Utrecht and a code yellow warning for the rest of the country. Storms may be accompanied by heavy rain, lighting strikes, hail and strong winds, according to meteorological institute KNMI. "Avoid open water and areas, do not shelter under trees. Follow weather reports and warnings." the institute writes.