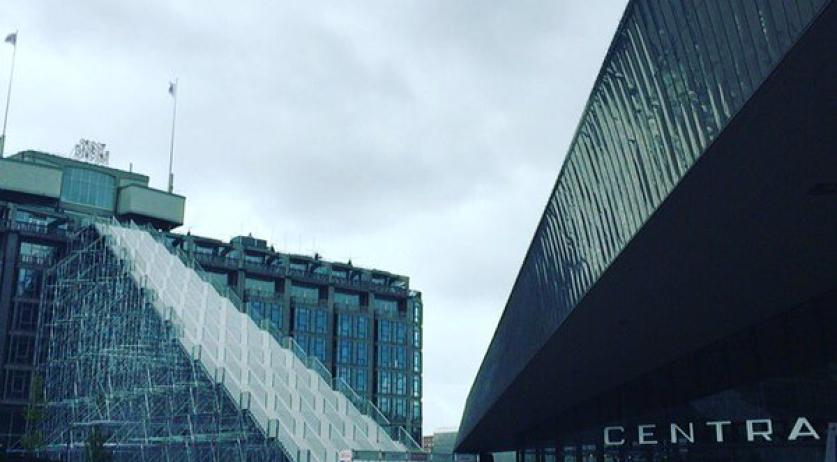 The very popular memorial Stairway on Stationplein in Rotterdam served as a catwalk for six lingerie models on Sunday night, AD reports. The models are all participants of reality television show Holland's Next Top Model. They showed off the new lingerie collection by designer Firouze Akhbari. "it was magnificent", one spectator told the newspaper. Though most of the audience did feel a little sorry for the models coming down the 180 steps in the Stairway wearing high heels. Rotterdam Mayor Ahmed Aboutaleb opened the Stairway on May 16th. The temporary stairway and lookout point was constructed to celebrate the 75th anniversary of Rotterdam's reconstruction after World War II. Over 100 thousand people have climbed the Stairway.