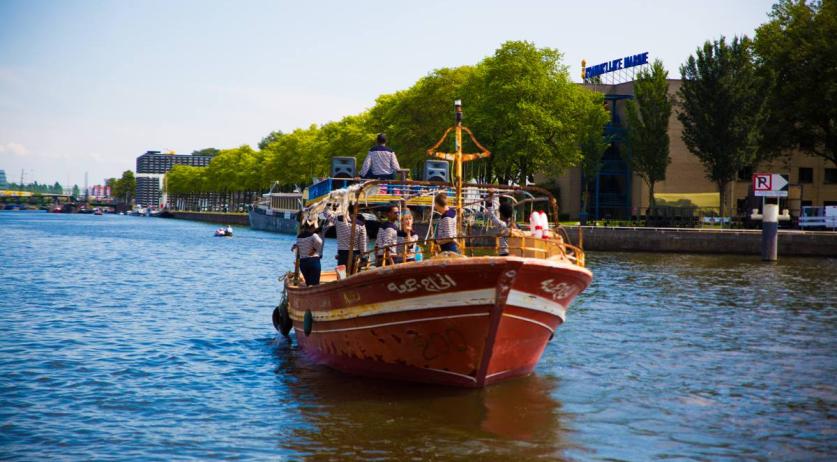 Refugee boats to give tours on Amsterdam canals

A new Amsterdam shipping company, Lampedusa, will be giving tours through the Amsterdam canals on two former refugee boats. The first test trip will be made this Sunday and the tours will premier the following week, AT5 reports. The aim behind these tours is to show how many "iconic spots" in Amsterdam were established thanks to immigrants over the centuries. "An open attitude to newcomers is vital for the city, as history shows. Some of them are sitting at the helm of the boat and guiding you through the canals", the company writes in its description for the tours. The company is named after Lampedusa, an Italian island where many asylum seekers arrived by boat from North African countries in many years. The Italian authorities donated the two boats to artist Teun Castelein. According to the company, the crew is a mixed group with people fro the Netherlands, Syria, Ethiopia and Eritrea. Lampedusa will offer tours on the Amsterdam canals every Sunday. "Sunday you still have to look at it as a bit of a tryout", Castelein said to AT5. "Our captain still has to get a bit used to the Amsterdam waters. The following week is our 'premier'."