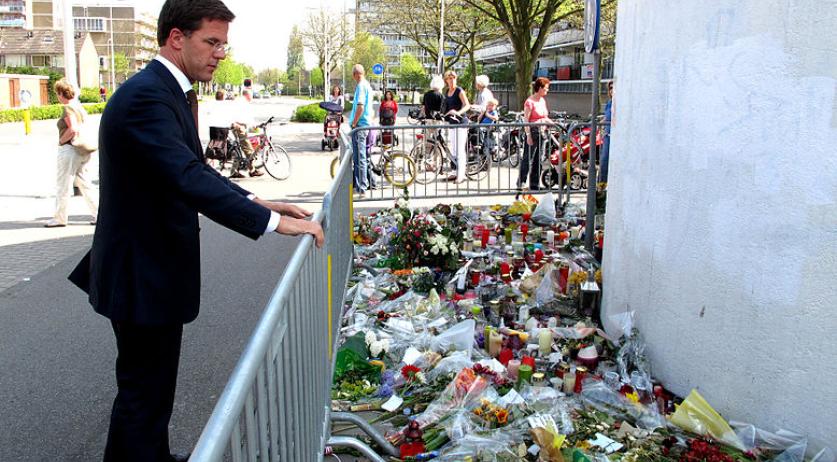 Victims gather for anniversary of mass shooting in Dutch mall

Alphen aan den Rijn commemorated the 5th anniversary of a mass shooting in a mall in the city. On April 9th, 2011 Tristan van der Vlis opened fire in the Ridderhof mall, killing six people and injuring 16 others, before committing suicide. The commemoration started at 11:00 a.m. with a short service in church center De Bron. At noon victims, relatives and retailers laid flowers at the monument in the shopping center. Mayor Liesbeth Spies also attended the commemoration. One of the victims to make a statement at the commemoration was Hannah Postma. She said that when Tim Kreschmer killed 15 people at a school in Winneden Germany in 2009, she though that something like that could also happen in Alphen. "I never spoke this fear, however. I thought that no one would take me seriously", she said according to the Gelderlander. Shopkeepers in the mall feel that a commemoration every year is no longer necessary. Paul van der Ham, another victim, disagrees. "It's very personal, everyone should follow his own heart. But it strengthens me, so I want to remember. It is also a tribute to the deceased."