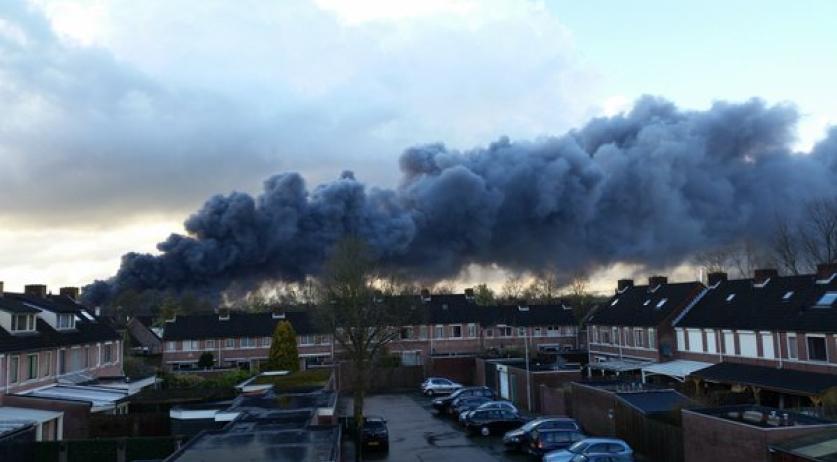 Some 10 thousand piglets were killed in a fire that destroyed a large piggery in Oirschot on Wednesday night. On Thursday morning the remains were still smoldering. The police closed down large area around the farm due to asbestos concerns. The fire started around 7:00 p.m. on Wednesday night. Emergency service responded en masse. The fire spread to a second stable, but firefighters could prevent it spreading to a house and two barns. Thousands of pigs and piglets did not survive the fire."The sounds of the screeching pigs were pitiful", a local resident said to Omroep Brabant on Thursday. Another resident agreed.  "I mostly stayed inside because I was scared. When I went out for a look, I rushed back in because I did not want to hear that awful sound." Animal organization WakkerDier is shocked by the fire. The organization suggests that stricter rules and requirements are put in place for stables. "A compulsory fire fighting water supply, sprinklers and compartments", a spokesperson said to the broadcaster. According to WakkerDier, some 128 thousand animals were killed in stable fires last year. https://twitter.com/JoopMutter/status/717771725904195585

4000 little pigs and 700 pigs burned alive in a huge inferno in a Dutch farm in #Oirschot #Netherlands @cnnbrk @CNN pic.twitter.com/4ZO8CPkSfh