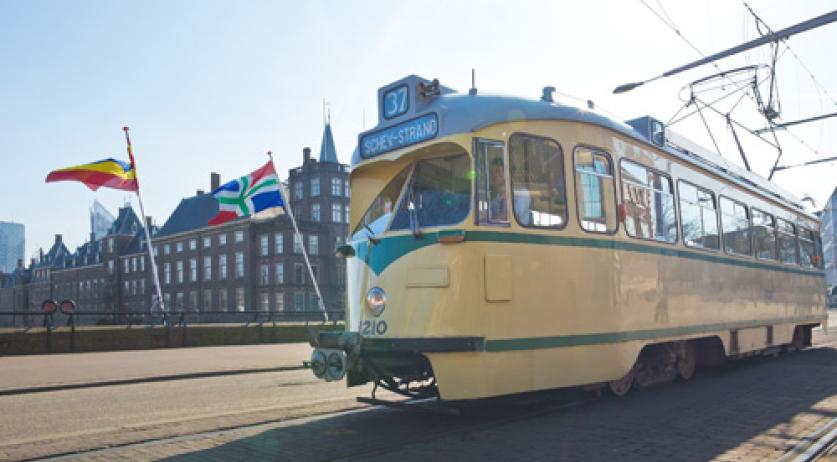 Den Haag is launching a Tourist Tram that connects the city with the coast. With a one or more day ticket tourists can hop on and off the tram at any location on its route as many times as they want, the municipality announced. The Tourist Tram, in historical cream with a green trim, is launching in June. The route connects the historic city center, the planned museum district around Lange Voorhout, the Vredespaleis and the Kurhaus together. It will also travel through the international zone, the Gemeentemuseum and Omniversum and go all the way Scheveningen. "We were looking for an original, Hague option that connects the city with the beach", Karsten Klein, alderman of economic affairs, said to AD. "Thus the historic tram, with an audio tour which, in addition to several other languages, is also available in Haags." The tram will travel every 30 minutes between 9:30 a.m. and 5:30 p.m. every day during the summer months. After the summer it will travel those same times on weekends and holidays. Tickets are 14 euros for a day ticket, 18 euros for a two day ticket.