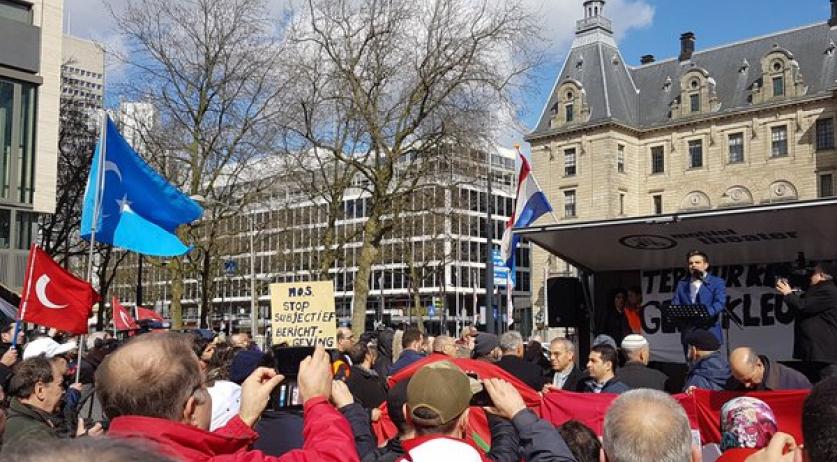 Several hundred Dutch people of Turkish and Moroccan descent demonstrated against terrorism in Rotterdam on Sunday. Rotterdam Mayor Ahmed Aboutaleb also participated and gave a speech. The protest was very specifically not only to show support for the victim's of last week's terrorist attacks in Brussels, but also for those who fall victim to terrorism on a daily basis in Syria, Iraq and Turkey. "Terrorism knows no color", Tunahan Kuzu, leader of political party DENK and one of the speakers, said, according to the Telegraaf. "It can not be that human life in Western Europe is worth more than human life in South America or the Middle East." Mayor Aboutaleb called on all people to face terrorism together, shoulder to shoulder. According to RTV Rijnmond, the group marched from the Rotterdam city hall to the Erasmus bridge. The protest was peaceful and there were no incidents. Later on Sunday the police in Rotterdam arrested four people on suspicion of involvement in terrorism. One of the suspects was a French man arrested on behalf of the French authorities, who believe he was involved in planning for a terrorist attack.