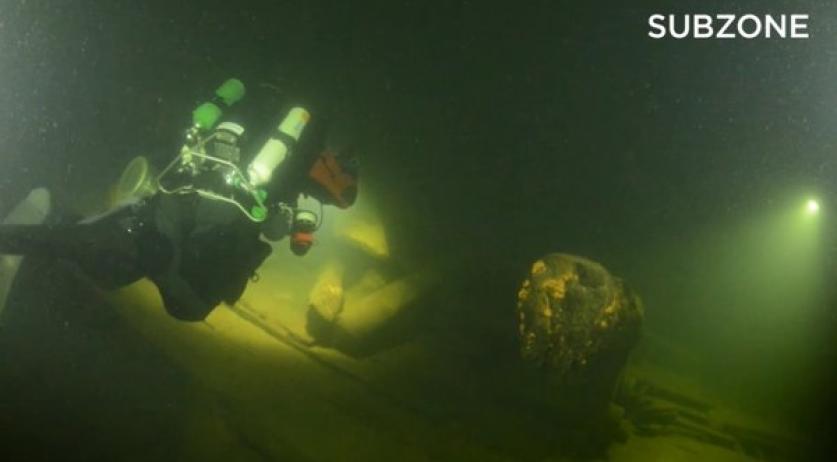 A Dutch warship from 1708 was found in the Gulf of Finland at a depth of 62 meters. The ship is in an exceptionally well-preserved conditions - the wooden structure is virtually intact and the canons are even still on deck, the municipality of Medemblik announced on Monday, ANP reports. The ship was identified with 95 percent certainty as the frigate Huis te Warmelo. It was built in Medemblik in 1708 and belonged to the Admiralty of West-Friesland. The war ships is 35 meters long with three masts, one of which is still standing. It is believed that it sprung a leak and sank after hitting an underwater rock. The Finnish Maritime Service found the ship about 10 years ago, but did not identify it at the time. Last year historian Peter Swart from Medemblik found an old chart marking a shipping disaster in 1715 at the location. Huis te Warmelo sank there with 130 people on board. Another diving expedition to the ship by Finnish research organization SubZone is planned for the summer. This expedition will focus on identifying the ship with 100 percent certainty.