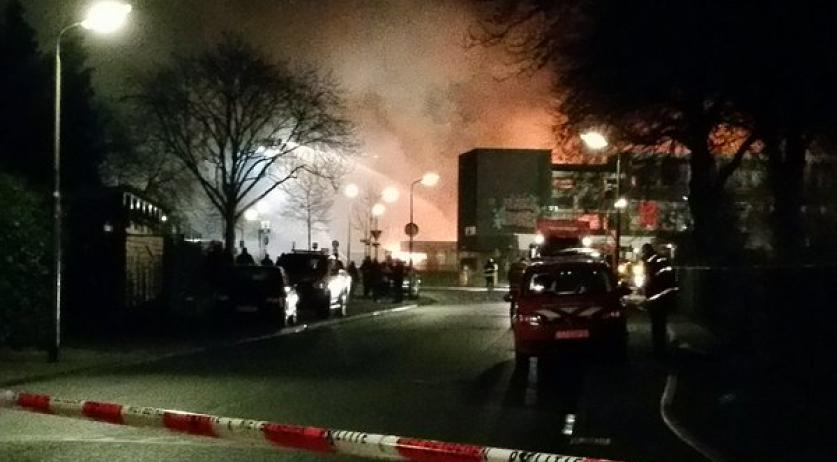 A large fire in Amersfoort had the emergency services working through the night. Firefighters are still working on extinguishing the fire. As far as is known, no one was hurt. No asbestos was released in the fire, according to safety office Veiligheidsregio Utrecht. The fire broke out around 9:30 p.m. on Tuesday in a former school building on Keerkring, just northeast of the city center, according to NU. The safety office has no reason to believe that anyone was in the building at the time. Around 4:00 a.m. the safety region reported that the tired firefighters are being changed with fresh ones and the extinguishing continues. The fire is causing much smoke and local residents are advised to keep their windows and doors shut. All the fire department's measurements found no dangerous concentration of hazardous substances. The police closed of the area around the fire.