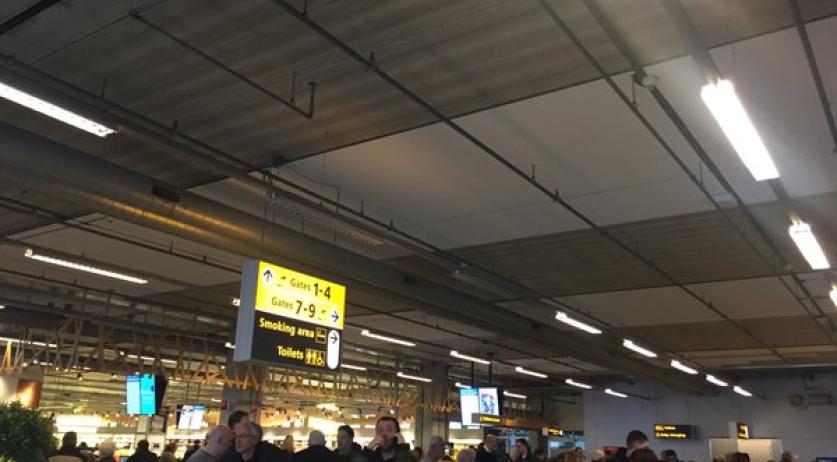 Air traffic at Eindhoven Airport was brought to a standstill on Wednesday morning due to an incident on the runway. A business airplane's front landing gear tires blew out around 8:00 a.m. during a takeoff that was then aborted safely. Air traffic was only restarted around 11:45 a.m. No one was injured in the incident, but air traffic was brought to a standstill while the plane - a Cessna Citation 525 of the ASL Aviation Group - was removed from the area, NOS reports. No planes could take off and several incoming flights had to be diverted to other airports. Removing the plane took linger than expected, because the extent of the damage the blowout caused to the unit was unclear, a spokesperson for the airport said to NU. "We had to handle it carefully, because otherwise you may damage the unit or the runway further and then you are even further from home." Because both of the main landing gear tires were not functional, the airport had to wait for a maintenance team from ASL to change the tires on the gear. It was safely towed away and secured in the company's hangar, ASL said. Once the plane was eventually removed, the runway was checked and air traffic restarted. The first passenger flight took off around noon.

In total between 2,500 and 3 thousand travelers were affected by the incident. A number of flights were significantly delayed, but as far as is known, none were cancelled.