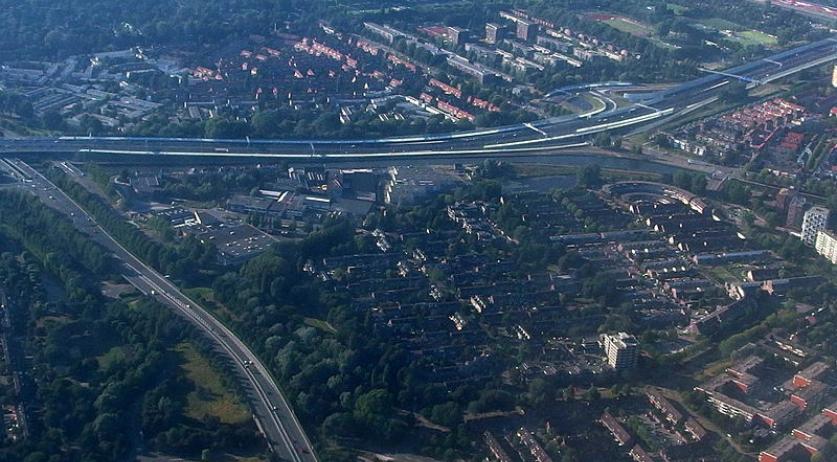 With more than 900 accidents last year, the Amsterdam ring road A10 is the most dangerous highway in the Netherlands, according to a study done by traffic information service VID. According to the VID, there were 28.5 accidents per kilometer of the A10 ring road, the most in the Netherlands. This can be attributed to significant traffic jams, but also to the many on- and off-ramps which creates a "restless traffic image". The ring road features an on- or off-ramp every 1.7 kilometers. The second most dangerous piece of highway is the A2 at Empel, with 151 accidents last year. The A1 at Muiderberg and A20 at Rotterdam-center are tied for third place with 141 accidents each. The number of accidents on the A4 at Leiden doubled last year to a total of 90. The VID attributes the increase to the widening of the highway. There are many accidents on the A4 towards The Hague and Rotterdam, where the highway narrows from three to two lanes. And while the collisions often entail only minor damage, the VID still sees the situation as "worrying".