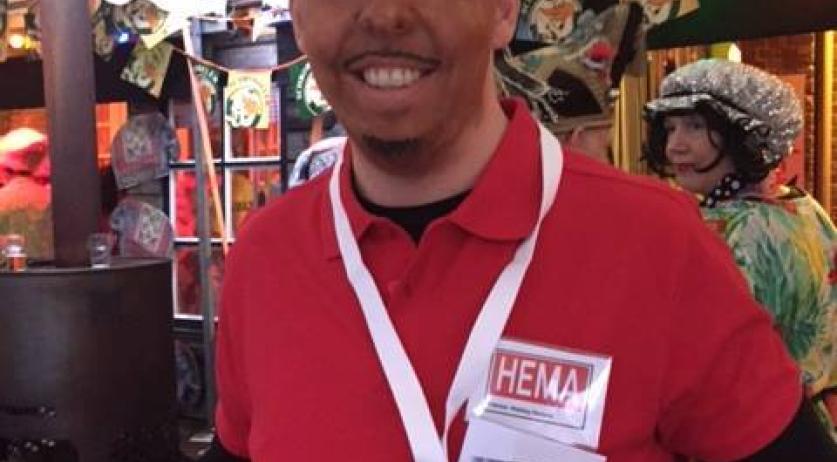 With reporting by Janene Pieters. White people were seen dressing up in blackface during several events connected to Carnival festivities held over the past few days around the Netherlands. Dressing up in blackface is a serious problem that casts aside black people and their concerns, says activist Mimi from anti-discrimination organization MAD Mothers. The group coordinated many of the protests against the blackface look of the Dutch character, Zwarte Piet, the assistant of winter legend Sinterklaas. Those who defend the character's look say that it is an innocent tradition, and that the character is not black, but covered in soot. Mimi does not accept this argument, nor does she understand why some people in the Netherlands also dress up in blackface during Carnival. She says she is troubled by pictures of people dressed up as the Jamaican bobsled team at a parade in Montfoort, Utrecht. In Dongen, Noord-Brabant, others dressed as Manchester City footballer Yaya Touré and his younger brother, Liverpool player Kolo Touré. "It's thinking that one can put on blackface, because 'We the white people think it's fun,'" she laments. She recalls people dressing up like this during Carnival her entire life. "This is even mild compared to my youth, when people wore African suits with bones in their noses." "I've lived here for 43 years. This is not new to me; it happens every year," she says of the Carnival displays. Born in Suriname, Mimi has lived in the Netherlands for most of her life, having moved here when she was just a one-year-old baby. She grew up in the Netherlands, and was educated there. She says expats typically do not see this type of racism in the Netherlands apart from the Zwarte Piet debate, because they usually live in bigger cities where dressing in blackface is shunned. Racism, including dressing up in blackface "is definitely not only about the Christmas holiday," she says. The mockery of asylum seekers during Carnival frustrates Mimi, who also helped organize a counter-protest against anti-Islamist group Pegida this past weekend. At a Carnival event in Tilburg, one lecturer from the law school there says she saw boys in rubber boats wearing life preservers chanting through the streets, "We're going to enter Europe! We're going to enter Europe!" The police have said they will take action against Carnival outfits this year if they are offensive in any way whatsoever. A 14-year-old-boy from Zeddam, Gelderland was reprimanded this Carnival season for dressing as a jihadist, reported Vice. The town of Heesch in Noord-Brabant will not be accepting any pig-costumes this year, due to the dead pig lynched at the site of a planned asylum center in the town last month. "Racism is like a chameleon. The tactics and tools change every time," Mimi says. "I hope that it is getting better, but I think that it's getting worse."   Several photos were shared on Facebook of people dressed as the Jamaican bobsled team, blackface makeup and all. https://www.facebook.com/photo.php?fbid=1376807442336762&set=a.161651970518988.41991.100000225571135&type=3&theater   One group was given praise for best group costume. Half of the group was dressed as Manchester City footballer Yara Touré and the other half as Liverpool player Kolo Touré. https://www.facebook.com/Voetbalprimeur/photos/a.282326745118061.89895.152263001457770/1335840269766698/?type=3&theater Another man attended Carnival dressed as VVSB player Maikey Parami, who scored the winning goal for his team against FC Den Bosch last weak, making them the first amateur club to reach the KNVB cup semi finals since 1975.