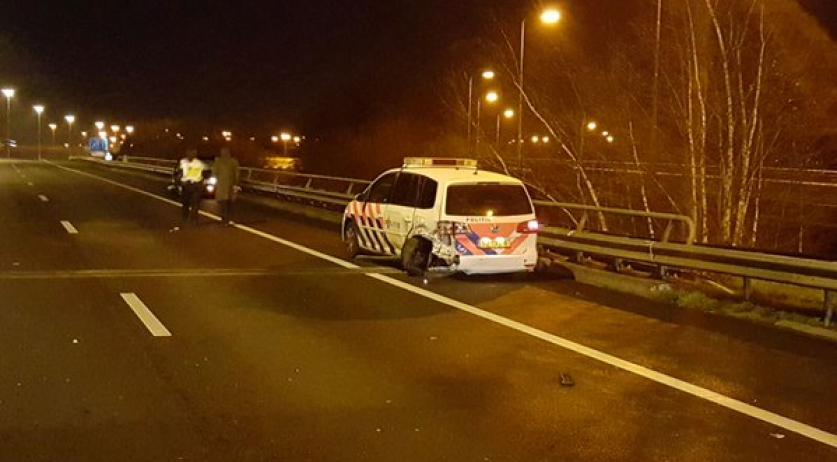 Police officers hurt in crash near Utrecht; A27 highway shut down

The A27 from Gorinchem to Almere was closed down for several hours near Utrecht-Noord after a car accident involving a police car. Two officers were taken to the hospital with injuries, news wire ANP reports. The police vehicle pulled over to check a still standing vehicle. The exact circumstances of the accident is still unknown, but it is believed that the police car was hit from behind by another car, according to a police spokesperson. It was definitely not a police car chase. The highway was opened again around 9:00 a.m.