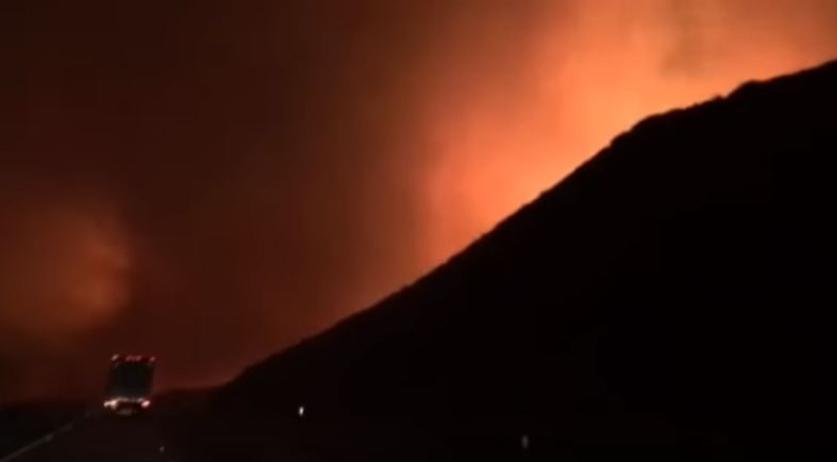 Dutch woman Maaike Maks and her family were driving along the Southern California freeway towards Santa Barbara while on holiday on Christmas night when they suddenly found themselves in the middle of a wildfire. She recorded the experience and posted it on social media. Maks told CNN that they thought they were a safe distance away, as there were no roadblocks to be seen. But all of the sudden embers started landing on windshield and flying torches hit the car. "There was nobody stopping us on the highway as we got closer and closer, so we thought it was totally safe for us to drive past it. As we started getting closer, I decided to record the fire", the Dutch woman said to the American broadcaster. "Then all of the sudden, all these sparks and a burning bus hit our car, and we couldn't see anything of what was around us because of all the smoke. I was terrified and in total shock. In the end, it only took a few seconds, but it felt like an hour."