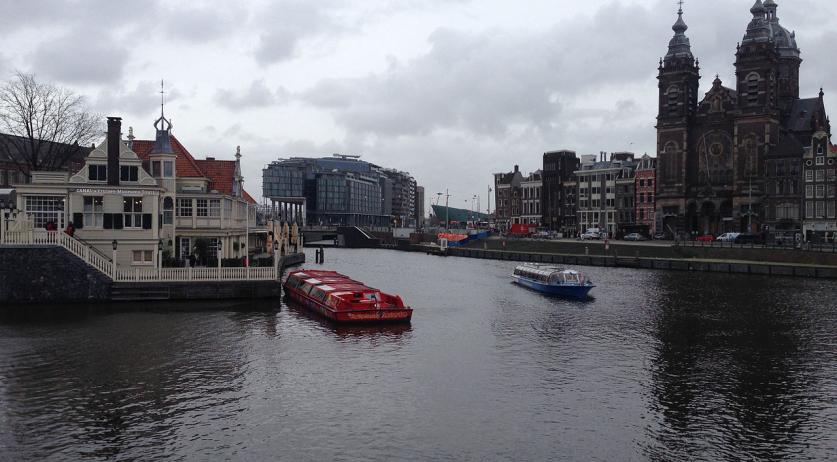 Syrian asylum seeker Muhssen Alwais rescued a man out the water near Stationplein in Amsterdam on Christmas day. "I am so grateful to this country, it was the least I could do", he said to officers after the rescue, AT5 reports. Alwais was walking near Stationplein when he noticed someone in the water. He did not hesitate. He dropped his possessions and jumped in after the man. Alwais' friend, Nivaal Kchka, threw a rope down into the water and helped pull the two men out. "Sometimes your humanity crosses your mind and you need to help somebody", Alwais said to local broadcaster AT5 a day after the rescue. "And specially in the Netherlands because they did a lot for me. The government, the king the queen, the Dutch people, they are smiling every day and they are helping us with all kinds of help. So it's just a small thanks in return." Officers took Alwais to the police station after his daring rescue so that he could warm up. A spokesperson for the police told the broadcaster that Alwais acted just in time, a minute later and the man could have drowned. The victim is doing well under the circumstances. It is not yet clear how he ended up in the water.