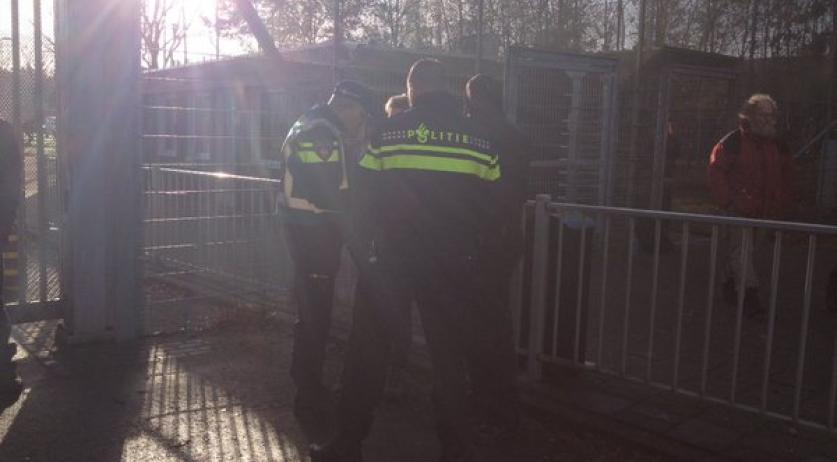 A group of about 40 activists blocked the entrance to the grounds where a camp for failed asylum seekers is being constructed on Thursday morning. The group calls Camp Zeist a "family prison". The activists belong to the action group Anarchist Anti-deportation Group Utrecht, NU reports. The want to prevent construction on the camp, where mostly failed asylum seekers and their families will live while awaiting their return to their own countries. According to the group, these families and children will be "imprisoned" in the camp. "We want to prevent construction the entire day. We want to keep this up for as long as possible" a spokesperson said to NU. "It is unacceptable that families are imprisoned here. Some of them have not even had a trial."