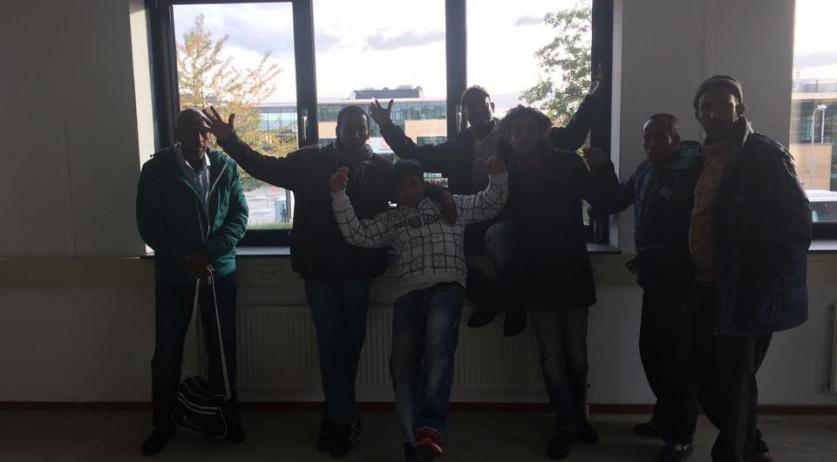 Refugees' group We Are Here has occupied a former office building near Sloterdijk in Amsterdam, the group announced on their Facebook page. A group of failed asylum seekers moved into the building on Zekerinengstraat Sunday afternoon. The owner of the building has already reported the squatters to the police, Het Parool reports. It is now up to the Judiciary to determine whether the building will be evacuated. A spokesperson for the We Are Here group told the newspaper that about 40 refugees have moved into the building so far, with more expected on Monday. The building has been dubbed the Vluchtbank. The group of failed asylum seekers has been living a nomadic life in Amsterdam for the past three years. They have been moving to one temporary accommodation to another, all the while protesting the conditions. Recently they lived in the so-called Vluchttoren on Van Sande Bakhuijzenstraat in Nieuw-West up until September 30th. Since then a part of the group lived in a warehouse in Noord. With the protests, the group wants to make it clear that the municipal bed-bath-bread policy,  which only provides overnight shelter, is not enough.