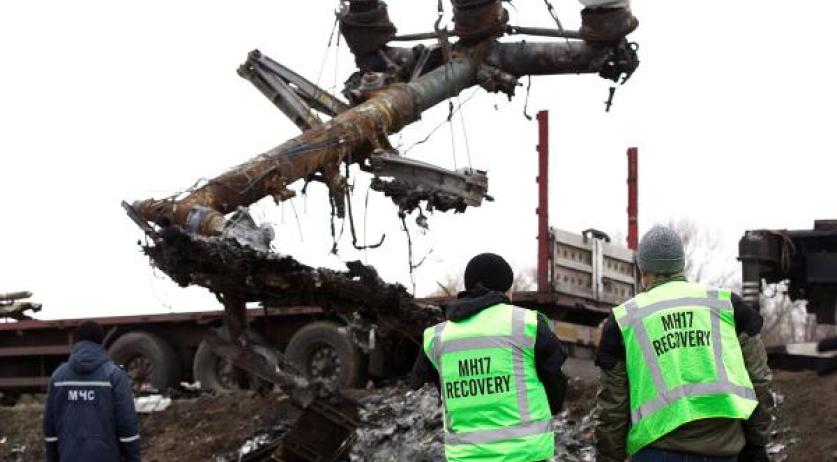 Journalists for the NL Times will attend the Dutch Safety Board's presentation of their final report into MH17 on Tuesday. Details will be published as quickly as it is released. Malaysian Airlines flight MH17 was shot down by a Russian-made BUK missile, fired from an area in eastern Ukraine controlled by pro-Russian separatists. This is the conclusion of the Dutch Safety Board's final report on the investigation into what exactly happened with the disaster. Three separate sources involved in the drafting of the final report said this to the Volkskrant. The report will be presented to the relatives of the victims in The Hague on Tuesday - 15 months after the aircraft disaster that cost the lives of 298 people, 196 of whom were Dutch. According to the newspaper, the report contains maps marking locations where the missile could have been fired from, all of them controlled by separatists. Russia's claim that the BUK missile was fired from a area controlled by the Ukrainian army has been rejected by the Board. This investigation focused on what happened, and not who was responsible. But the general conclusions do seem to point a finger to Russian involvement. "In any case the BUK was developed and produced in Russia. You can assume that the rebels can not operate such a BUK device, I suspect the help of Russian ex-soldiers", two of the sources said to the newspaper. As can be expected, Russia denies this. On Monday Russian media already started reporting that the Russian officials have no confidence in the outcome of the investigation and that they will also be presenting the findings of their own investigation on Tuesday. It is believed that these findings will point the finger of blame to the Ukrainians. Russia has also filed an official complaint with the United Nations aviation organization ICAO stating that the Safety Board is biased, Dutch newspaper AD reported on Tuesday. Oleg Storsjevoj wrote that the Safety Board systematically ignored information provided by Russian experts and started out with a definite conclusion. The complaint focused mainly on how the Board determined what type of missile was used to shoot down the device. Russia firmly denies that it was a BUK missile of Russian make and provided detailed calculations to the Board to prove this. But according to Storsjevoj, this was ignored. "All the detailed calculations have been ignored by the Board. As a result, the Board reached conclusions that are contrary to common sense and do not match the design of this weapon system", he wrote.