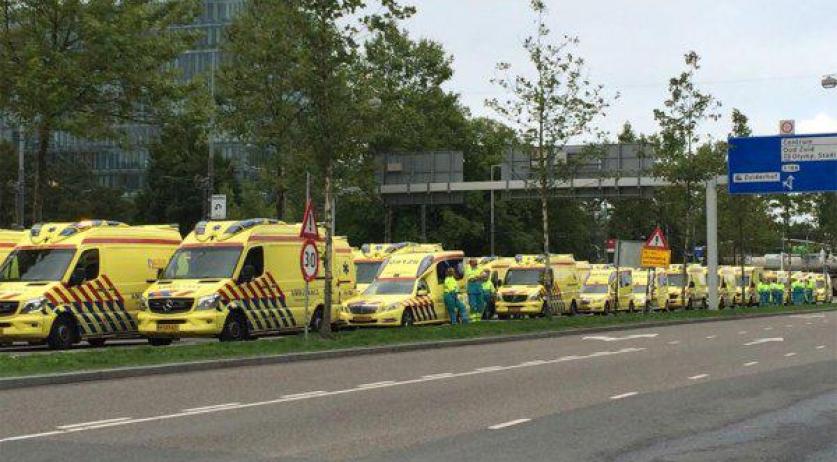 The broken waterline near the VU Medical Center in Amsterdam has been completely restored. Water and electricity are slowly being restored to VUmc, though the hospital will remain closed until at least Wednesday. The hospital had to be completely evacuated on Tuesday last week after a burst in the water main caused a large amount of flooding. Repairs to the waterline lasted until Saturday night, NOS reports. On Sunday and Monday energy company is working on restoring the damaged heat ducts in the hospital. Once that is done, Waternet will repair the sewer for rain water on Tuesday. On Wednesday the pit caused by the flooding will be closed and the quality of the water can be tested. VUmc patients are currently being treated in other hospitals. VUmc doctors and nurses are present at the treating of these patients. The hospital confirmed on Monday that it will remain closed at least until Wednesday, but exactly when the hospital will be open again will only become clear later this week. The first results of the investigation into the cause of the water line burst performed by Waternet has shown that no one was working on the line when it burst on Tuesday, NU reports. The company has looked into who has performed work on on near the affected line since January 1st and found that a number of parties have done work in the area. Waternet is now contacting all these parties to find out exactly what they did and whether it could have led to the burst. Waternet expects that this investigation could take several weeks. An independent agency is also investigating the cause of the burst on behalf of the insurer. These results may also be weeks in coming.