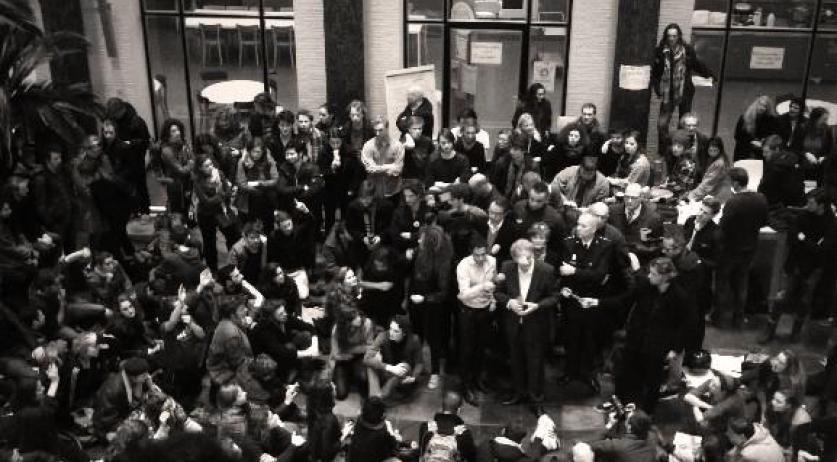 The University of Amsterdam has banned the reading of a poem about the protest occupation of the Maagdenhuis at the opening of the academic year on Monday.According to the university, the poem and the two songs which were to follow it - Mijn Stad and We Better Learn by band Nachtschade - are not suitable for the opening, which started at 3:00 p.m. at the Lutheran church. Yasha Lange, spokesperson for the UvA, told Het Parool that a phrase in the song Mijn Stad, My City in English, was particularly problematic. The phrase is "Mijn stad is een hoer", or My city is a whore in English. "We found that the coarseness of the language does not suit the opening of the academic year", Lange said. "We asked them to delete some words, but they refused." Student council member Els Aarts believes that the university's Executive Board "fears for reputational damage", adding that the university itself asked the student council to fill 15 minutes of the program. "I find it strange that a democratically elected university institution does not have the autonomy to self contribute something to the program", Aarts said to Het Parool. "I no longer feel welcome." This past academic year was one of the most troubled the university has ever experienced. Two of the university buildings, the Maagdenhuis and Bungehuis, were occupied by students and lecturers for several weeks. They were protesting for, among other things, more participation and democracy in the university. The UvA student council posted the poem on YouTube.