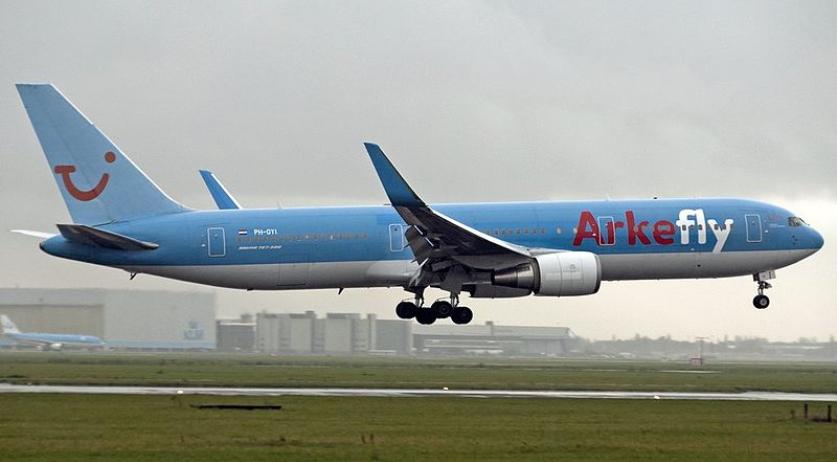 No Antilles flights for Arke on drug smuggling fears

Arkefly will not be allowed to make flights between Eindhoven and Aruba and Curacao. The government wants flights with increased risk of drug smuggling to only go through airports with adequate control facilities. At this stage only Schiphol Airport has ample facilities for such flights. This is according to a letter Minister Ard van der Steur of Security and Justice sent to the Tweede Kamer, lower house of parliament, on Monday. Arkefly planned to make weekly flights from Eindhoven Airport to the two islands starting in November. The municipality raised concerns about what this would mean for drug trafficking in the area. According to the Minister, it is impossible for Eindhoven Airport to perform the usual 100 percent inspection of passengers and their baggage when flying to the Antilles. Arkefly has therefore, in consultation with the government, decided to move the scheduled flights to Curacao and Aruba to Schiphol airport. Minister Van der Steur and State Secretary Wilma Mansveld of Infrastructure and Environment are also working on a legislative amendment to the Aviation Act to make sure that risk flights will only be allowed to land at an airport with adequate control facilities in future. The consultation on this amendment will start before the end of this year.