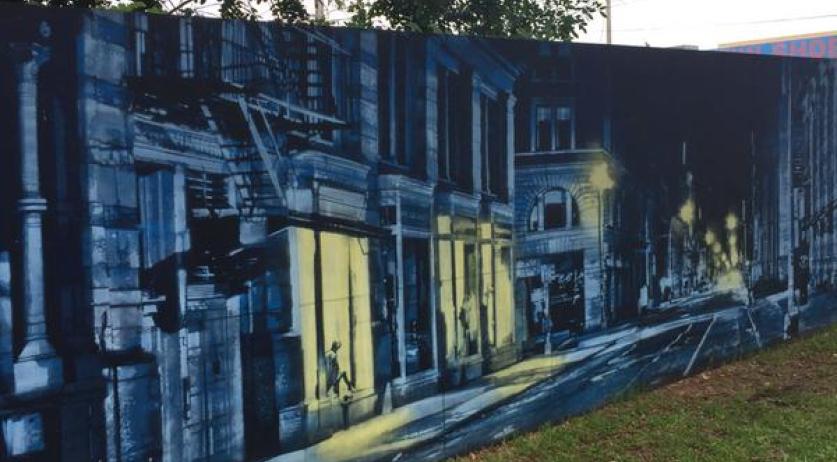 A neighborhood in the American city Miami has plans to follow the Dutch lead in creating a "woonwerf" or slow road - a pedestrian-friendly, low speed street that can be closed down to traffic - in three locations in the neighborhood, the Miami New Times reported on Tuesday. The neighborhood in question - Wynwood - used to be an industrial garment district, but has since evolved into more of an art-heavy cultural district, packed with restaurants and bars and famous for graffiti and murals. But the streets of the neighborhood have not been adapted to suit its new needs. According to the newspaper, local business owners are calling on authorities to make the neighborhood more livable and walkable, with more open, green spaces where the young people and families that frequent the neighborhood can spend their time. And that is where the idea of Dutch "woonwerfs" - pronounced "woenurf" in English - come in. The newspaper describe these slow roads as "typically curbless streets paved in a way that slows down traffic and opens the road to pedestrians and cyclists. They can even be shut down on the weekends to hold local events, like farmers markets." The plans for the woonwerf were drawn up by PlusUrbia, a Miami based urban design and architectural firm. "Wynwood can evolve into what it wants to become: an arts and cultural district but with residential units and offices. All while still retaining the culture and character that it has today", Juan Mullerat, the director of PlusUrbia said to Miami New Times.