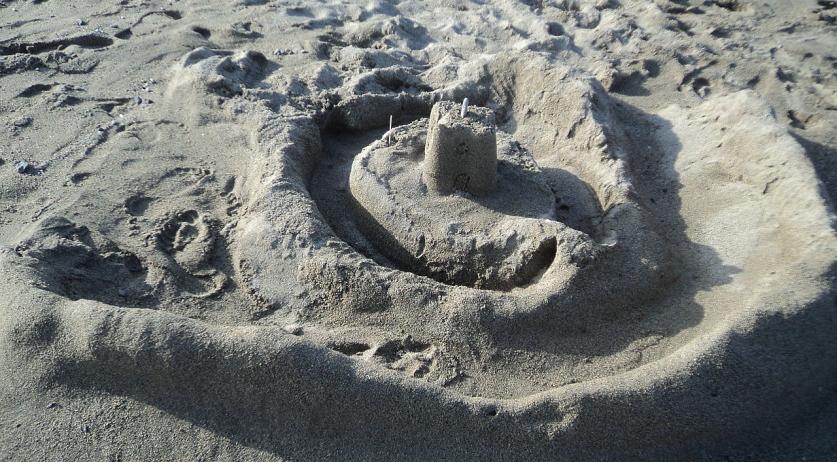 Amsterdam will soon have each own beach, for the next six weeks at least. The beach will open on July 15th on a vacant lot on Prins Hendrikkade, near Central Station. The beach is intended to be an area where Amsterdam kids can play freely, with daily activities organized for families with young children. The project is a joint initiative of the city of Amsterdam, Tosti Creative and Amsterdam Verbindt, a foundation committed to provide affordable and accessible playgrounds for underprivileged children in the capital, Het Parool reports. The plan for this summer playground developed from the municipality's desire to do something with the vacant plot before it is demolished in August. The first loads of sand were delivered on Tuesday morning. "A day at PlagroundCS starts, for example, with yoga just after sunrise, then coffee with a newspaper for the parents and then a build a marble track, soccer, make your own ice cream: as much as possible for the kids. It becomes a sort of exploded playroom." Joost Aartsen of Tosti Creative said to the newspaper. Cold drinks and food from within the city will also be available. The site will close around sunset and open again in the early morning. The beach will be built a few meters above the water. No swimming will be allowed. "We want to really make sure that the children do not come near the water", Van Aartsen said. There will be a walkway where parents can sit and a bamboo fence between the kids and the water. "It should look beautiful, but foremost be safe." The beach forms part of the capital's City in balance program, which works on the problem of how to deal with the growth and bustle in Amsterdam on short and long term. The project was arranged in two weeks time. Residents were only informed about it on Tuesday morning. "I expect them to be happy", Sebastiaan Meijer, administrative officer at the municipality of Amsterdam, said to the newspaper. "This beach is mainly for them and for the children of the city. We find it important that they also have the space to play outside."