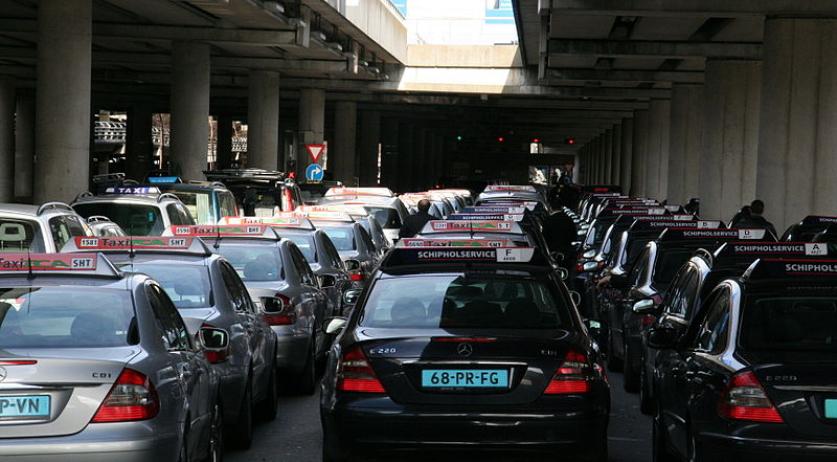 Schiphol taxi drivers are striking on Monday in protest against the fact that any taxi driver is now allowed to pick up passengers at the airport. Until recently, taxi drivers needed an expensive permit to do so. The taxi drivers will not pick anyone up between 9:00 a.m. and 12:00 p.m., NU reports. In April the Court of Appeals ruled that the General Municipal Ordinance of the municipality of Haarlemmermeer, which Schiphol belongs to, is not legal. The court ruled that all taxi drivers will be allowed to offer their services at Schiphol Airport until there is a new, legal General Municipal Ordinance. The Schiphol taxi drivers are upset because other taxi drivers act as "recruiters" by walking into the airport and picking up people, while they are not allowed to do so. "If we ourselves walk in to pick up a customer, the we are listed and our taxis blocked for two weeks", one driver said to AT5. The recruitment is still prohibited, but due to the court ruling, can not currently be punished.