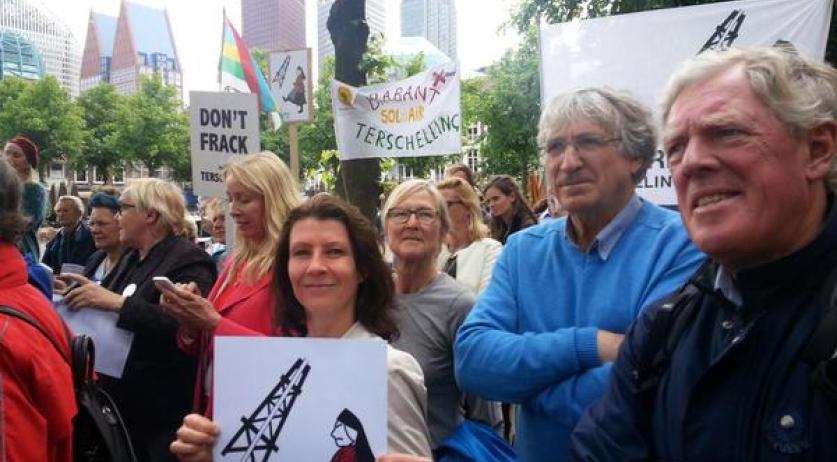 About a hundred people showed up at the Plein in The Hague on Wednesday to protest against the plans for gas extraction on Terschelling. About 40 people from the island took the early ferry this morning to join the protest, NU reports. The rest of the protesters consisted of sympathizers from the Netherlands and some politicians of the SP, GroenLinks PvdA and Partij voor de Dieren.  These protesters are against gas extraction on Terschelling because it would have a negative effect on the environment and nature. According to NU., Minister Henk Kamp addressed the protesters next to the Binnenhof. A spokesperson for Kamp told NU that Kamp made a decision on gas extraction at the end of April in preparation of the adaption of the Mining Act later this year. Things like consequences for the environment will be looked at at an earlier stage of the permit applications. The Tweede Kamer, lower house of parliament, will be discussing gas extraction on Terschelling with Minister Kamp on Wednesday afternoon.