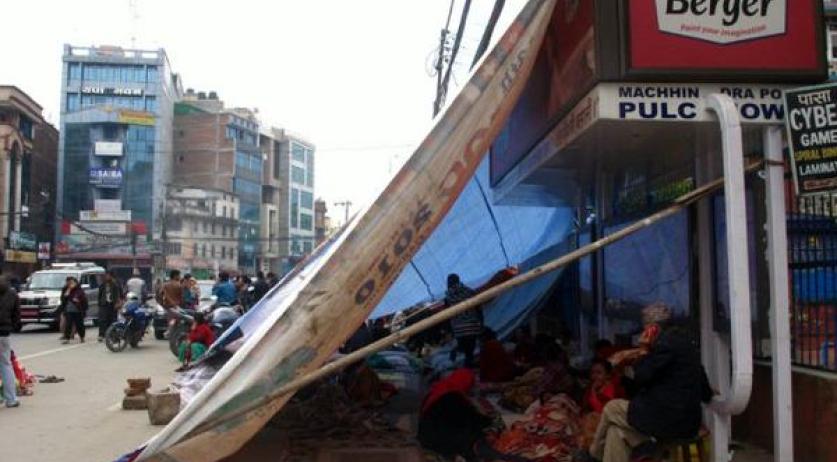 All 900 Dutch contacted in Nepal

Contact has been made with all 900 Dutch people who were known to be in Nepal during the earthquake that hit the Asian country on April 25th. On Sunday the Dutch government announced that 23 Dutch people were still missing. Minister Bert Koenders of Foreign Affairs is very pleased that these 23 people have now made contact. "It means that almost everyone who was concerned about family or fried, can once again breath easily", he said. As far as the Ministry knows, 12 Dutch people were injured in the earthquake and one Dutch resident died. The Ministry of Foreign Affairs set up a telephone team immediately after the earthquake. Based on calls from friends and relatives and information from travel agencies, the Ministry was able to indicate the day after the earthquake that there were at least 350 Dutch people in Nepal, 100 of whom were missing. The Ministry then called on the public to make contact with them and share information about anyone who might find themselves in the Asian country. This led to the Ministry now knowing about 900 Dutch people being in Nepal when the earthquake struck. It took some time for the Ministry to find the location of all these people, as some had not realized that they were being looked for and did not know to make contact. As the Ministry's numbers are based on reports from friends, family and travel agencies, it is still possible that there were more Dutch people in Nepal during the earthquake. The Ministry therefore maintains the call for people to share information with the Ministry that may be of interest to people who may have been in Nepal during the disaster. Minister Koenders also drew attention to the disastrous consequences the earthquake had on Nepal and its inhabitants. "Money for help is extremely necessary. People need medical care, food, water and tents. I call on everyone to give to Giro555."