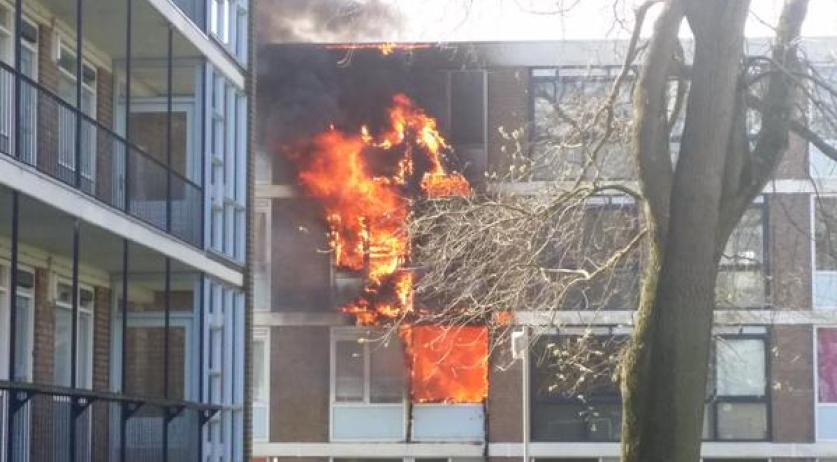 A large fire has destroyed three apartments on Schoonveld in the Rotterdam district of Zuidwijk. Several homes had to be evacuated.  According to the AD, the fire department has managed to get the fire under control, but firefighters are still working to get the fire extinguished. Two people were treated for smoke inhalation at the scene by ambulance personnel. Firefighters rescued a cat from one of the apartments.