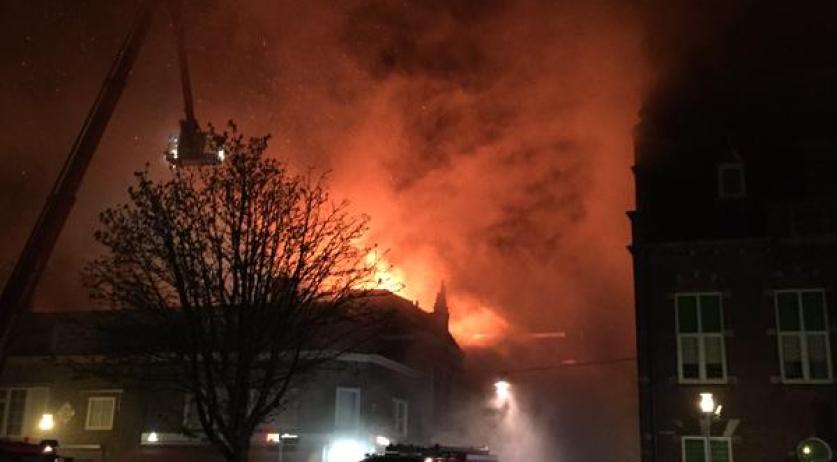 There was a large fire on Peperstraat in Purmerend on Sunday night. The fire broke out in a clothing store and quickly spread. The fire department responded en masse, with fire trucks from Amsterdam and Zaandam also coming to help with the extinguishing. Homes in the are had to be evacuated and about 65 people had to find temporary shelter in a cafe. Local residents were told to keep their windows and doors closed because of all the smoke. One resident was treated by paramedics for smoke inhalation. The fire spread to another building and the fire fighters had a hard time getting it under control, but finally managed to extinguish it. The extent of the damage is still unknown.