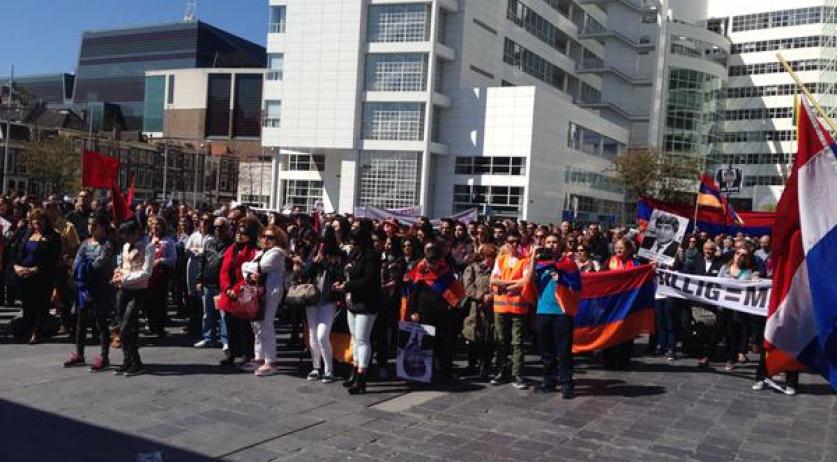 Hundreds of people gathered on the Spuiplein in The Hague on Saturday to commemorate the Armenian genocide which started almost 100 years ago.  According to a spokesperson for the organization, about 1,500 people attended the commemoration. Politicians Harry van Bommel (SP), Joel Voordewind (ChristenUnie), Kees van der Staaij (SGP) and Harm Beertema (PVV) were some of the people who spoke at the event. Other speakers included representatives of Armenian, Turkish and Kurdish organization. The event ended with a march to the Maliveld, where the Turkish embassy is located. The Armenian genocide started on April 24th, 1915. In 1987 the European Parliament recognized the deaths of hundreds of thousands of Armenian people as a genocide and urged the Turkish government to do the same. Ankara still insists that there was no genocide and that the Armenians were victims of war. The Turkish government refuses to recognize it as a genocide. Last week there was a diplomatic incident between Turkey and the Vatican when Pope Franciscus called the Armenian massacre the fist genocide of the 20th century. There was also some commotion in the Netherlands when Antolia, a Turkish student organization connected to the Vrije Universiteit in Amsterdam, organized a debate on the issue with genocide denier Justin McCarthy as the only speaker. The commemoration of the genocide will continue in the Netherlands on Monday with a concert in the Grote Kerk in The Hague.