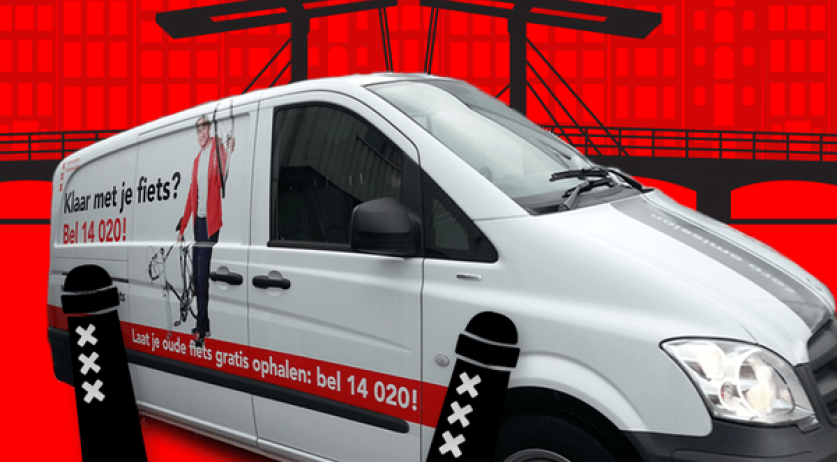 The municipality of Amsterdam is trying to remove broken or unused bicycles from the streets and bike racks. Which is why Amsterdam residents can now arrange to have their old or broken bicycles removed for free. The campaign Klaar met je fiets (Done with your bike) will run until July 1st. The first 100 residents who call 14 020 to make an appointment for their old bike to be removed, will receive an Amsterdam loves Bicycles shoulder bag. The removed bicycles will either be repaired or recycled. Bikes that are in a reasonably good condition will be refurbished by apprentice bicycle repairmen in the Amsterdam work experience projects. These bikes will then be sold by the repairman, giving it a new life. Bicycles that can not be repaired will be disassembled. The usable parts will be reused and the raw materials will be processed by cooperating organizations.