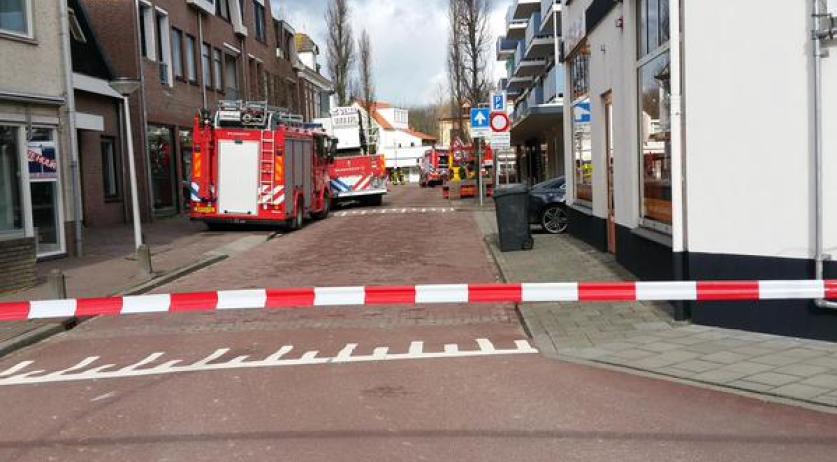 Police restricted the Marktplein in Geldermalsen after a natural gas leak was discovered around 11 a.m. on Monday. Approximately 10 shops and 35 apartments were evacuated, with shopkeepers and residents placed at a Red Cross shelter, police report.  The leak was under control at 1.15 p.m., but police still  restricted a 300-meter area. Residents were allowed to return at around 1:40 p.m., Omroep Gelderland reports, after Liander plugged the leak. The fire department, municipality and police were working closely together to ensure safety, police say. Fire brigade used water to blow the gas away from the buildings, although some of the apartments had open windows that allowed the gas to enter houses. The rescue workers will take measurements and check connections in one of the houses exposed to gas.