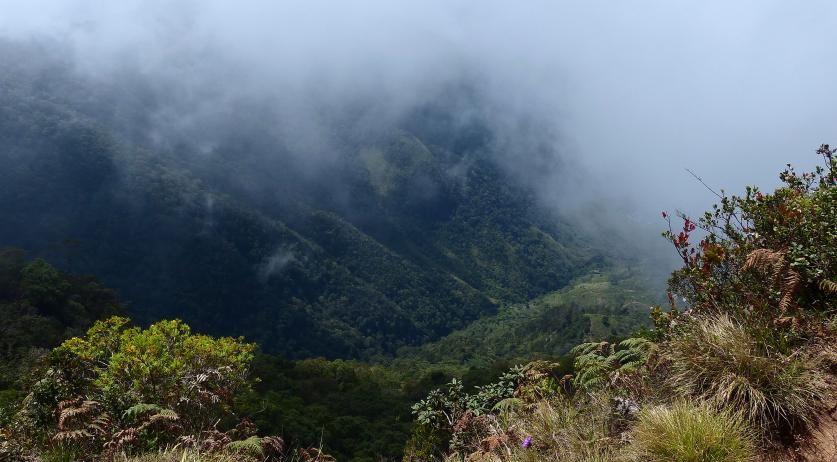 Dutchman Mamitho Lendas became the first person to survive a fall from World's End, the 1,200 meter cliff in Sri Lanka's Horton Plains National Park, the Telegraph reports. The 35-year-old was honeymooning with his wife Linda when he stumbled off the cliff while taking a photo of her. He was rescued by Sri Lankan military troops, who used ropes to reach Lendas and pull him to safety. Approximately 40 soldiers assisted in the rescue, later supported by a military helicopter. "He was extremely lucky because he fell on top of a tree about 130 feet from the top," said army spokesperson Brigadier Jayanath Jayaweera. "He is the first person to survive a fall from World's End." Lendas was carried on the shoulders of troops for five kilometers to the nearest point where he could be taken to hospital by ambulance. Soon afterwards, a police official reported his condition "stable." After being discharged from hospital, Lendas told reporters that, "It was very scary and very painful as well." "I was taking pictures and I had a misstep and I fell down backwards, two times, and then I sat in bushes for like three and a half hours and...[it was] the longest three and a half hours of my life", he said. The cliff is one of the country's most popular tourist attractions. https://www.youtube.com/watch?v=QMl3b0H4t7U