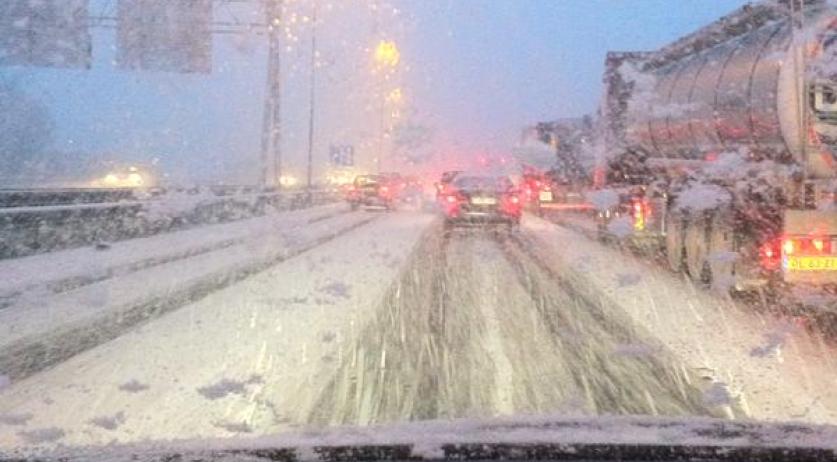 Snow and freezing have are the reasons why this morning is the busiest rush hour of the year, the ANWB said this morning. At around 08:10 this morning there was more than 550 kilometers of traffic jams throughout the country. The snow is causing problems on roads that are normally very busy, such as the A2, A16, A27 and in parts of the Randstad. Most lanes are open. The slickness on the road should dissipate during the course of the evening. There may also be fog in some areas, especially in Zuid-Holland. Parts of the A50 and A59 had to be closed last night due to slickness, but have since been opened again. Some people were stuck in traffic so long that they ran out of gas. Emergency services walked between the cars to check if any of the drivers needed assistance. There was also an accident on the A1 at Holten (Overijssel) yesterday in which a 21 year old truck driver died. The road between Hengelo and Apeldoorn was closed between 10:45 a.m. and 17:30 p.m.