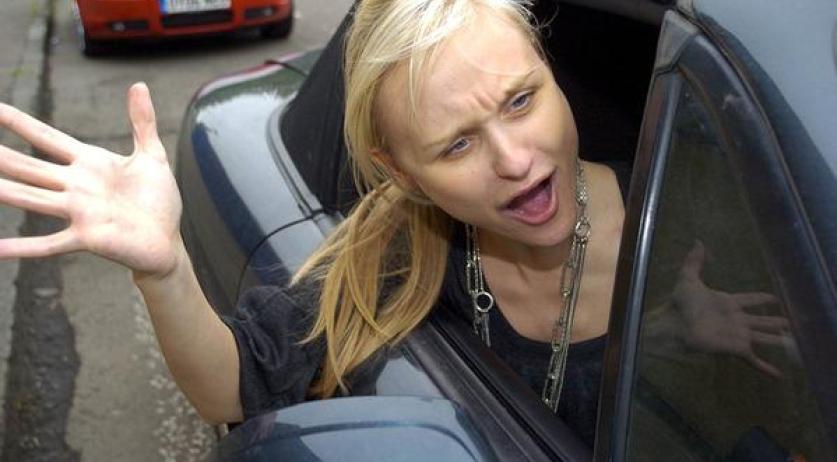 A road rage incident between two drivers led to a traffic accident on the A-58 highway in Etten-Leur. Five people were taken to the hospital in ambulances for medical examination. The accident happened at about 13:30 on Sunday during an overtaking maneuver. A 29 year old woman from Breda was driving in the left lane off the A-58 in her red Seat and was trying to overtake the truck. A 37 year old woman from Hoeven, driving a black Alfa Romeo and carrying 4 other passengers, also tried to overtake the truck behind the red Seat. The Seat was apparently not driving fast enough for the woman in the Alfa Romeo, because she drove right on her bumper. This irritated the woman in the Seat, who tapped the brake pedal. Several rude hand-gestures followed from both parties. After overtaking the truck, the Seat drove into the right lane. When the Alfa Romeo passed the Seat, the 37 year old driver of the Alfa Romeo made a small steering movement toward the Seat. She lost power over her vehicle and both cars went off the road. The Alfa Romeo landed upside down in a ditch. The five passengers of the Alfa Romeo (aged 37, 59, 15, 8 and 4 years) were taken to the hospital for medical examination. According to the police, their injuries did not appear to be too serious. The police filed an official report against the woman who caused the accident.