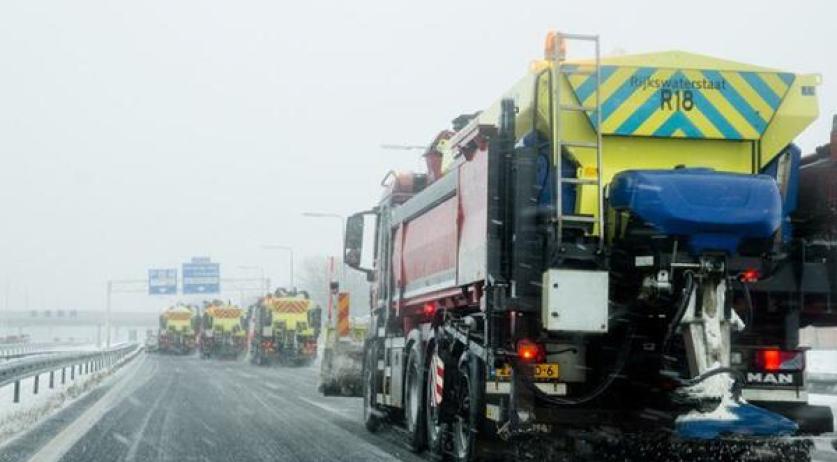 More salt spread on roads this week than all last winter

The Rijkswaterstaat's gritting lorries was sent out again last night. Over this weekend almost the same amount of salt was spread on roads as throughout the whole of the previous winter season, when the winter was very mild. Salt is being spread on a large number of highways. "It is about preventative spreading, because rain and sleet is expected in the night from Sunday to Monday", said a spokesperson for Rijkswaterstaat yesterday. Motorists are advised to be extra attentive when driving this morning. The gritting lorries spread salt in the provinces of Zeeland, Utrecht, Flevoland and in the Arnhem/Nijmegen region. The area will be extended if necessary.