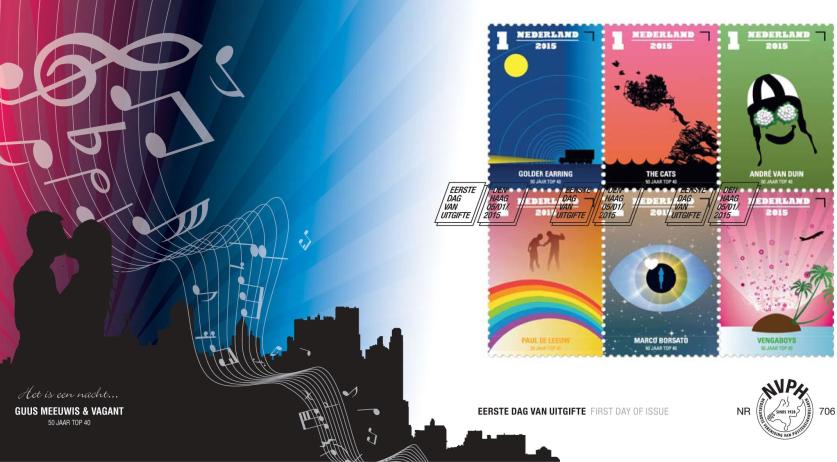 PostNL is bringing out special Top 40 stamps in honor of its 50 year anniversary. One hit of the two most successful Dutch artists per decade was chosen as inspiration for the stamps. On the stamps are: Golden Earring with Radar Love, The Cats with One Way Wind, Andre van Duin with Willempie, BZN with Mon Amour, 2 Unlimited with No Limit, Paul de Leeuw with Vlieg Met Me Mee, Macro Borsato with Dromen Zijn Bedrog, Vengaboys with We're Going To Ibiza, Jan Smit with Cupido and Anouk with Birds. The stamps will officially be presented on January 2nd, on the anniversary of the Top 40, and officially on sale from January 5th.