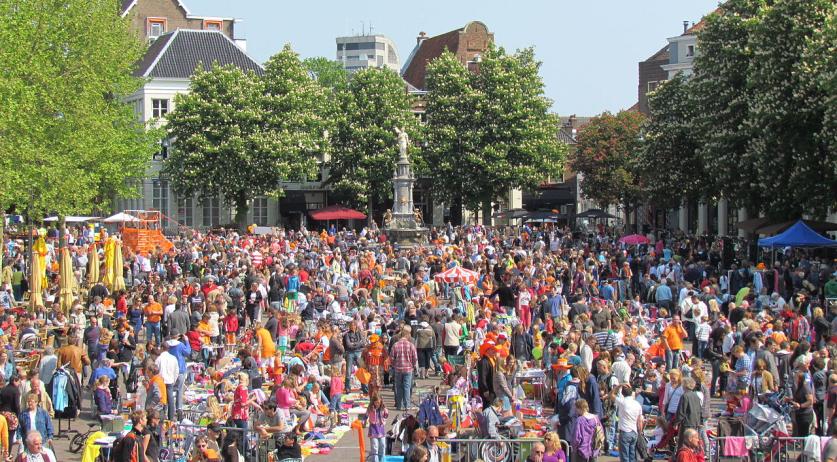 The Dutch population will continue to grow in the coming decades, to 18.1 million in 2060, an increase of almost 7 percent compared to this year.  This is according to the new population projection which Statistics Netherlands published last week. The growth is due to the fact that more immigrants com to the Netherlands than leave the country, rising longevity and an expected increase in births in the coming years. Fewer and fewer children were born in the past three years. Young couples especially delayed having children, probably because of the poor economic conditions. This trend was reversed in 2014. 175 thousand children were born, 3 thousand more than in 2013. The birth rate is expected to rise further in the coming years, because the number of women around the age of 30 will increase, according to Statistics Netherlands. A total of 193 thousand births are expected around 2030, after which the birth rate will decline again, according to the projection. The number of immigrants is also increasing. In 2014 an estimated 180 thousand immigrants moved to the Netherlands, 15 thousand more than in 2013. There were both more asylum seekers and more migrant workers from the EU. The number of emigrants fell by a few thousand to 144 thousand. It is expected that the number of immigrants will increase slightly further, but that the emigration will also increase. For the coming decades the projection estimates an average settlement surplus of 19 thousand migrants per year. The rising life expectancy also contributes to population growth. Based on the current state of public health and medical technology the average lifespan of children born in 2014 will be 79.9 years for boys and 83.3 years for girls. The rising longevity naturally leads to a stronger increase in the number of elderly people. According to the projection, the number of people aged over 65 will rise from the current 3 million to 4.7 million in 2060.