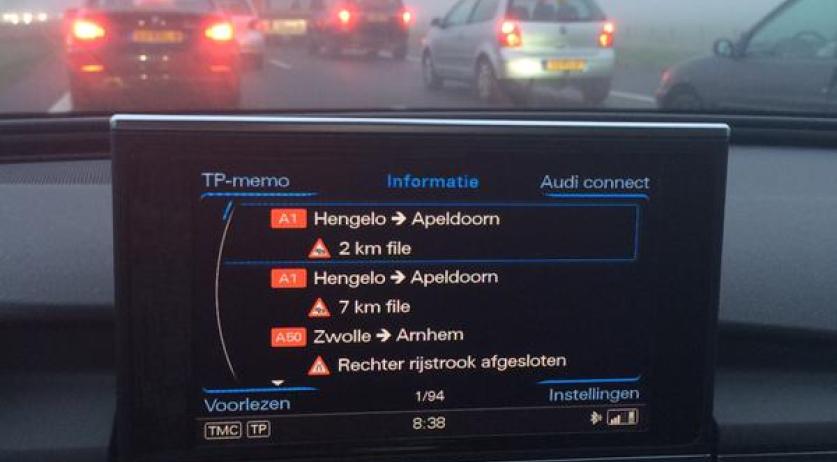 This morning's rush hour is the busiest of the year with 400 kilometers of slow moving or stationary traffic, reports the ANWB and Traffic Information Service. The traffic jams are mainly caused by collisions, slick roads and fog. Because of fog lanes on the A50 at junction Beekbergen remain closed in both directions. A breakdown caused a 17 kilometer long queue on the A2 before 08:00 this morning. Four cars collided with each other on the A1 from Amersfoort to Amsterdam. There was also a collision between two cars on the A4 to Amsterdam at Zoeterwoude-Dorp. According to the ANWB, there are a remarkable number of traffic jams longer than 10 kilometers.